Chugach Mountains rise beyond a collapsing railway at Independence Mine State Historic Park, 14 miles from Palmer, Alaska, USA. The Independence Mines were a gold mining operation in the Talkeetna Mountains, across Hatcher Pass from Palmer. Independence Mine was the second-largest hard-rock gold mining operation in Alaska, after a larger site near Juneau. Mining here dates back to 1897 around Fishook Creek; these claims joined to form Wasilla Mining Company, which worked the mines from 1934-1943 and again 1948-1950. The company ended operations in 1950 expecting to resume, but never did, thereby well-preserving its mining equipment and buildings for eventual donation to the state in 1980, which established Independence Mine State Historic Park. 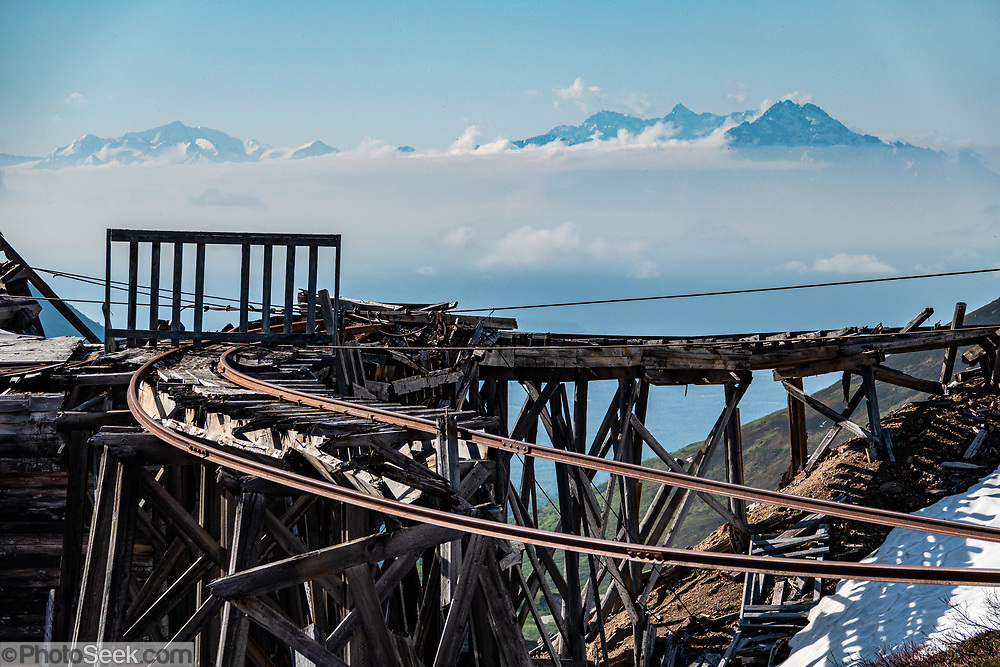