The Rotunda building graces the grounds of the University of Virginia, in Charlottesville. Thomas Jefferson was inspired by the Pantheon in Rome and designed the Rotunda to represent the "authority of nature and power of reason". Construction began in 1822 and was completed in 1826, after his death. The grounds of the new university were unique in that they surrounded a library housed in the Rotunda rather than a church, as was common at other universities in the English-speaking world. The Rotunda is seen as a lasting symbol of Jefferson's belief in the separation of church and education, as well as his lifelong dedication to both education and architecture. 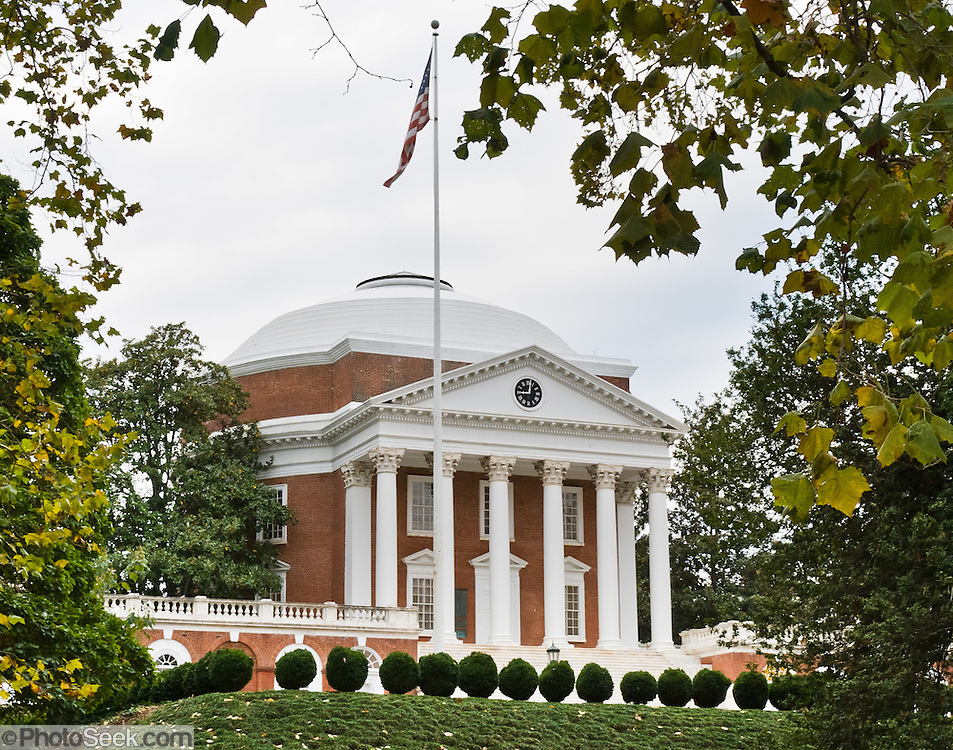