Brightly painted 1890s buildings catch sunset light in old Melbourne, Victoria, Australia. Melbourne stretches around the large natural bay of Port Phillip, with the city centre on the estuary of Yarra River, and it claims the world's largest tram network. Melbourne is the capital and most populous city (4 million in 2009) in the state of Victoria, and the second most populous city in Australia. Melbourne was founded in 1835 (47 years after the European settlement of Australia) by settlers from Van Diemen's Land. It was named by governor Richard Bourke in 1837, in honour of the British Prime Minister of the day, William Lamb—the 2nd Viscount Melbourne. During the Victorian gold rush of the 1850s, Melburnians transformed it into one of the world's largest and wealthiest cities. As the "cultural capital of Australia", Melbourne is the birthplace of Australian film (as well as the world's first feature film), Australian television, and Australian Rules football. 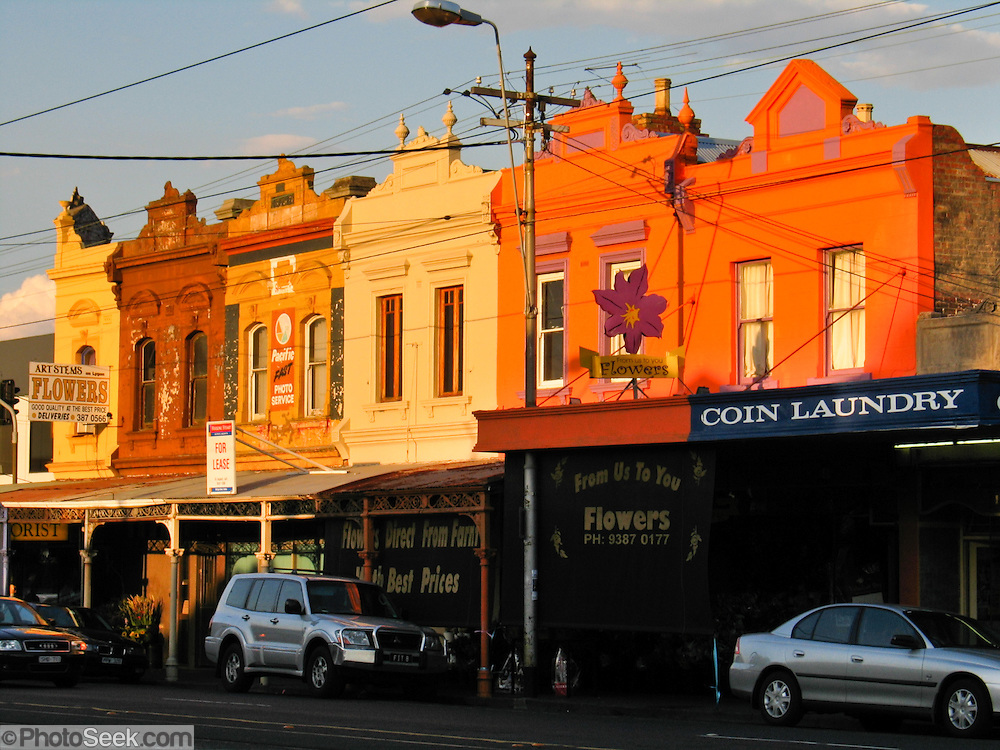