Flags of USA and state of Hawaii (which includes British Union Jack) fly in blue sky.

Flags of the state of Hawaii and the United States of America fly over the Big Island. Hawaii's state flag (1959-present) was also previously used by the 1810 kingdom, 1893 protectorate, 1894 republic, and 1898 territory of Hawaii. The flag was designed at the request of King Kamehameha I and has eight stripes of white, red and blue that represent the eight main islands. The flag of Great Britain is emblazoned in the upper left corner to honor Hawaii's friendship with the British. It is the only US state flag to feature the flag of a foreign country: the Union Jack, or Union Flag of the United Kingdom. These flags were photographed at Pu'ukohola Heiau National Historic Site. 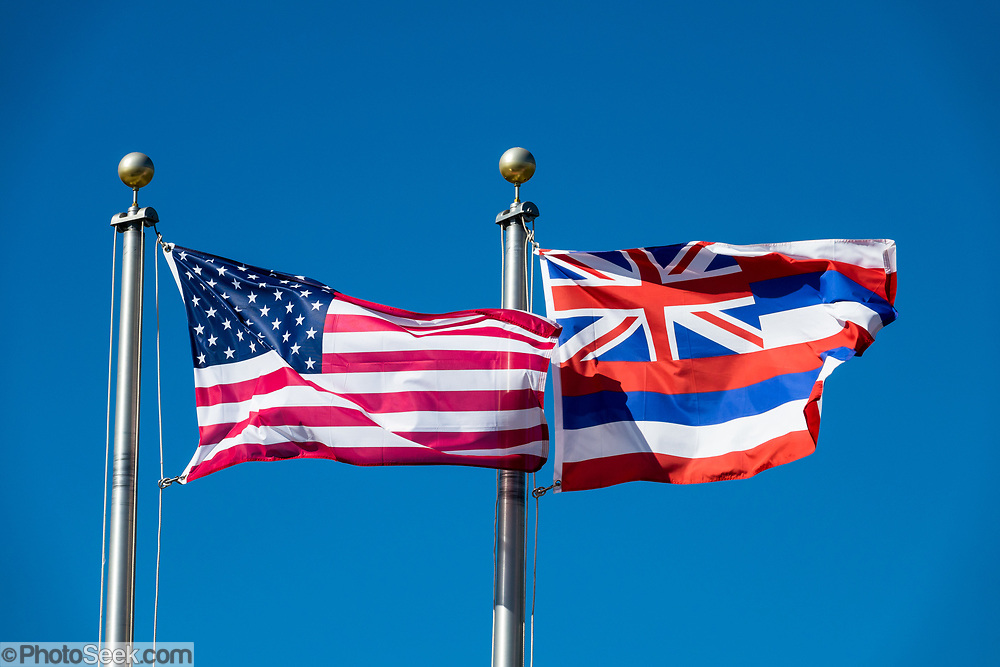