Bolas (from Spanish bola, "ball," also known as boleadoras, or Inca ayllo) are a throwing weapon made of weights on the ends of connected cords, designed to entangling legs and capture animals. Bolas are most famously used by South American gauchos, but have been found in excavations of Pre-Columbian settlements in Patagonia, where indigenous peoples caught guanaco and rhea (ñandú guazu). They have also been found, as a Stone Age lithic tool in North America at the Calico Early Man Site. See a street fair in San Telmo ("Saint Pedro González Telmo"), the oldest barrio (neighborhood) of Buenos Aires, Argentina. 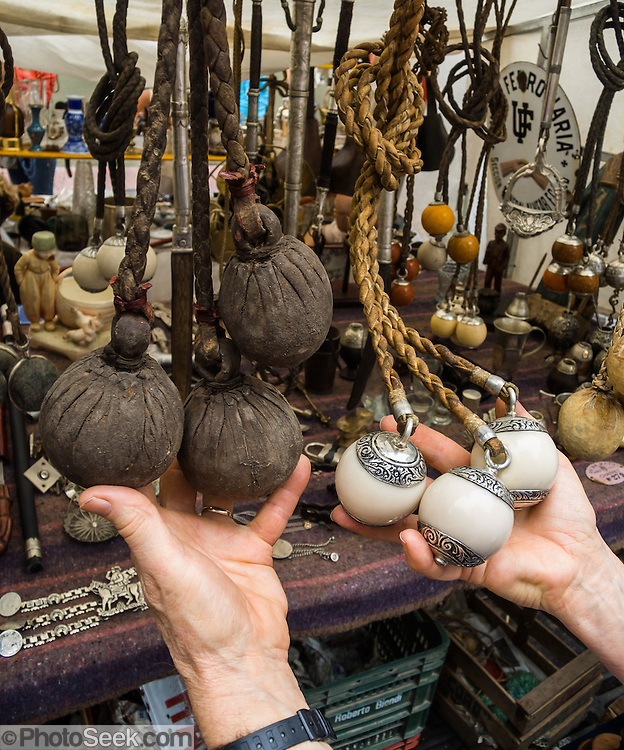