James V carved replica, one of 37 Stirling Heads, in Stirling Castle, Scotland, UK, Europe. James V (1512-1542) was King of Scotland from 1513 until his death, which followed the Scottish defeat at the Battle of Solway Moss. His only surviving legitimate child, Mary I, succeeded him when she was just six days old.
The King's Inner Hall at Stirling Castle has a ceiling of 37 carved replica Stirling Heads, originally designed for James V and finished by his widow Mary of Guise in the 1540s. Once the capital of Scotland, Stirling controlled a strategic position (until the 1890s) as the lowest bridging point of the River Forth before it broadens towards the Firth of Forth, making it the gateway to the Scottish Highlands. One of the principal royal strongholds of the Kingdom of Scotland, Stirling was created a royal burgh by King David I in 1130. Before the union with England, Stirling Castle was also one of the most used of the many Scottish royal residences, serving as both a palace and a fortress. Several Scottish Kings and Queens have been crowned at Stirling, including Mary, Queen of Scots in 1542, and others were born or died there. Stirling Castle has suffered at least eight sieges, including several during the Wars of Scottish Independence, with the last being in 1746, when Bonnie Prince Charlie unsuccessfully tried to take the castle. 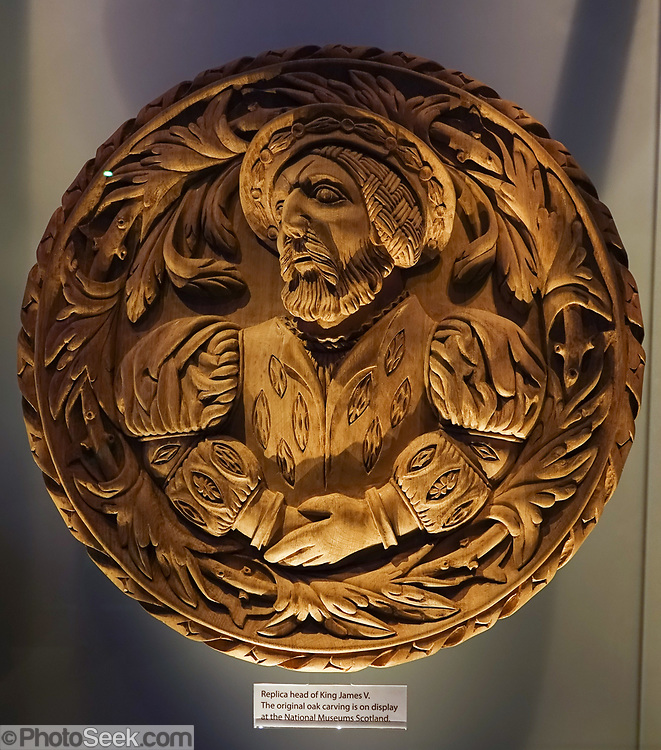