Preserved historic 1922-1951 sternwheel paddle steamer, SS Keno National Historic Site of Canada, at dry dock along the Yukon River in Dawson City, Yukon, Canada. The vessel was built in 1922 in Whitehorse by the British Yukon Navigation Company, a subsidiary of the White Pass and Yukon Route railway company. It mostly transported silver, zinc and lead ore down the Stewart River from mines in the Mayo district to the confluence of the Yukon and Stewart rivers at Stewart City. It was retired from commercial service in 1951 due to the extension and improvement of the Klondike Highway in the years after World War II. About 250 sternwheelers served the Yukon River and its tributaries. Dawson City was the center of the Klondike Gold Rush (1896–99), after which population rapidly declined. Dawson City shrank further during World War II after the Alaska Highway bypassed it 300 miles (480 km) to the south using Whitehorse as a hub. In 1953, Whitehorse replaced Dawson City as Yukon Territory's capital. Dawson City's population dropped to 600–900 through the 1960s-1970s, but later increased as high gold prices made modern placer mining operations profitable and tourism was promoted. In Yukon, the Klondike Highway is marked as Yukon Highway 2 to Dawson City. 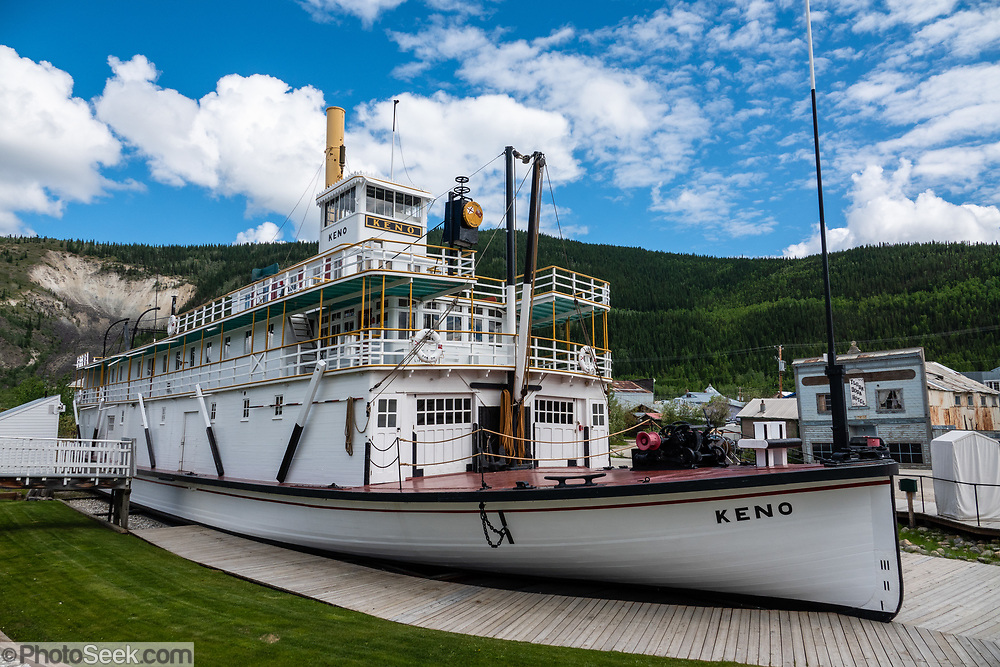