Evening light on whitewashed houses in Fira, Santorini Island, GREECE. The town of Fira perches on 700-foot-high volcanic cliffs on Santorini Island to escape summer heat and pirates of the past. Geologic and human history of Santorini: Humans first arrived around 3000 BC on this volcano known in ancient times as Thira (or Thera). The island was a volcanic cone with a circular shoreline until 1646 BC, when one of earths most violent explosions blasted ash all over the Mediterranean, sunk the center of the island, launched tidal waves, and may have ruined the Minoan civilization 70 miles away on Crete. Remarkably, volcanic ash dumped onto the volcanos flanks actually preserved the village of Akrotiri and its 3600-year-old frescoes from the Minoan era. These are some of the earliest known examples of world art history, which you can now view in museums. In 286 BC, the volcano split off Thirasia (Little Thira) Island (to the West). The volcano began rebuilding, and in 197 BC the small center islet of Palia Kameni appeared. In 1707 CE, lava started forming Nea Kameni, the larger center island which erupted as recently as 1956 and caused a huge earthquake (7.8 on the Richter scale) which destroyed most of the houses in the towns of Fira and Oia. Fira and Oia have since been rebuilt as multi-level mazes of fascinating whitewashed architecture, attracting tourists from around the world. Published in September/October 2005 Sierra Magazine, Sierra Club Outings. 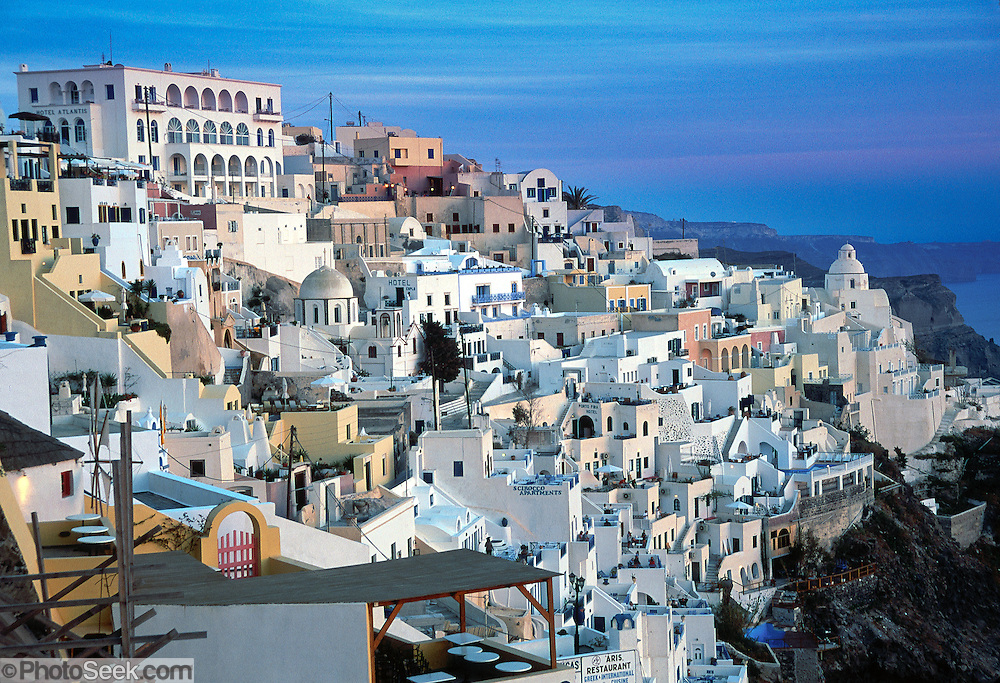