This plaster Crazy Horse Memorial 1/34th scale model (16 feet high by Korczak Ziolkowski in 1964) is being carved into Thunderhead Mountain (seen beyond) on private land in the Black Hills, between Custer and Hill City, 17 miles from Mount Rushmore, in Custer County, South Dakota, USA. In progress since 1948, the monolithic sculpture is far from completion. It depicts the Oglala Lakota warrior, Crazy Horse, riding a horse and pointing into the distance. The memorial was commissioned by Henry Standing Bear, a Lakota elder, to be sculpted by Korczak Ziolkowski. It is operated by the nonprofit Crazy Horse Memorial Foundation. The sculpture is planned to be of record-setting size: 641 feet wide and 563 feet high. The head of Crazy Horse will be 87 feet high (whereas the heads of the four U.S. Presidents at Mount Rushmore are each 60 feet high). Crazy Horse (1840–1877) was a Native American war leader of the Oglala Lakota. He took up arms against the United States federal government to fight against encroachment by white American settlers on Indian territory. He earned great respect from both his enemies and his own people in several battles of the American Indian Wars on the northern Great Plains, including: the Fetterman massacre in 1866, in which he acted as a decoy, and the Battle of the Little Bighorn in 1876, in which he led a war party to victory. Four months after surrendering in 1877, Crazy Horse was fatally wounded by a bayonet-wielding military guard, while allegedly resisting imprisonment at Camp Robinson in present-day Nebraska. In 1982 he was honored by the U.S. Postal Service with a 13¢ Great Americans series postage stamp. 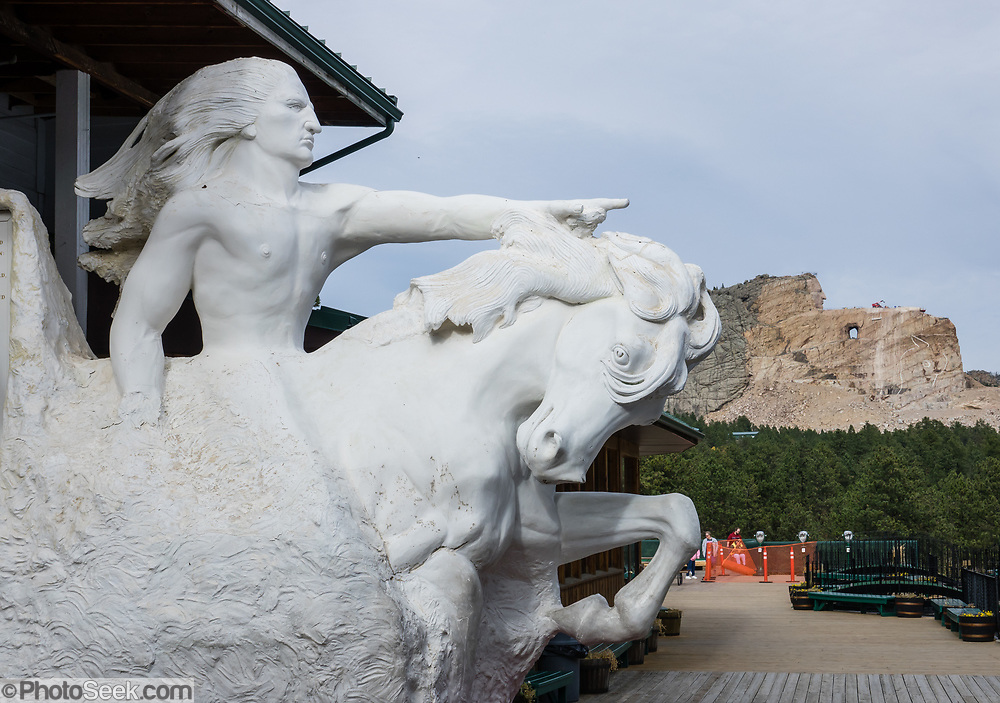