Juvenile Striated Heron (Butorides striata) at Punta (Point) Espinoza, on Fernandina (Narborough) Island, Galápagos Islands, a province of Ecuador, South America. Also known as Mangrove Heron or Little Heron, the Striated Heron breeds in small wetlands in the Old World tropics from west Africa to Japan and Australia, and in South America. This bird was long considered to be conspecific with the closely related North American species, the Green Heron, which is now usually separated as B. virescens, as well as the Lava Heron of the Galápagos Islands (now B. sundevalli, but often included in B. striata; collectively they were called "green-backed herons". Like other herons, they are traditionally placed in the order Ciconiiformes together with storks, but all these birds form a close-knit group with pelicans, and it is unresolved whether herons are not closer to these than to storks. 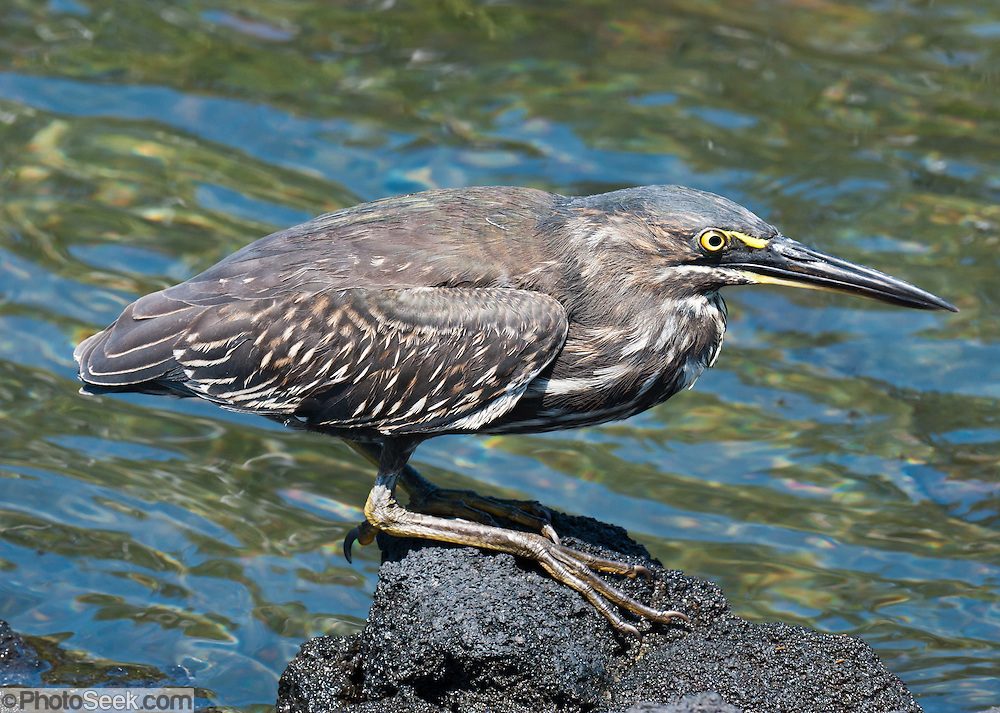