Jamestown Settlement recreates the 1610-14 James Fort and governor's house in Virginia, USA. Jamestown Settlement, operated by the state's Jamestown-Yorktown Foundation, chronicles 1600s Virginia and the convergence of Powhatan Indian, European, and west central African cultures. Jamestown, the first permanent English settlement in the Americas, was founded as James Fort in 1607 within an area controlled by the Paspahegh tribe, which was part of the Powhatan Confederacy of tribes, Tsenacommacah, comprised of about 14,000 native people ruled by Wahunsonacock (sometimes called Powhatan). Created as part of the 350th anniversary celebration in 1957 as "Jamestown Festival Park," Jamestown Settlement is adjacent to the complementary "Historic Jamestowne" museum (which is on Jamestown Island, is the actual historic and archaeological site where the first settlers lived, and is run by the National Park Service and Preservation Virginia). 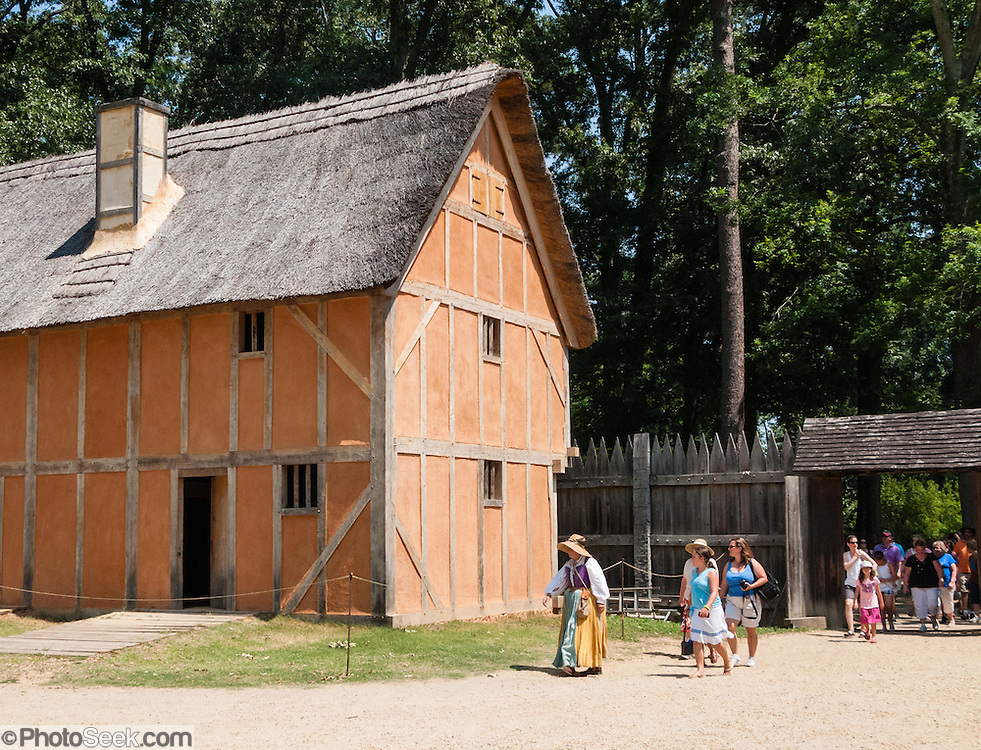