Fountains Abbey is one of the largest and best preserved ruined Cistercian monasteries in England. Visit it near Ripon and Aldfield, in North Yorkshire, England, UK, Europe. The adjacent Studley Royal Park features striking 1700s landscaping, gardens and canal. Founded in 1132, the abbey operated for 407 years becoming one of the wealthiest monasteries in England until its dissolution in 1539 under the order of Henry VIII. Studley Royal Park including the Ruins of Fountains Abbey is honored as a UNESCO World Heritage Site. The abbey is a Grade I listed building owned by the National Trust. This image was stitched from multiple overlapping photos. 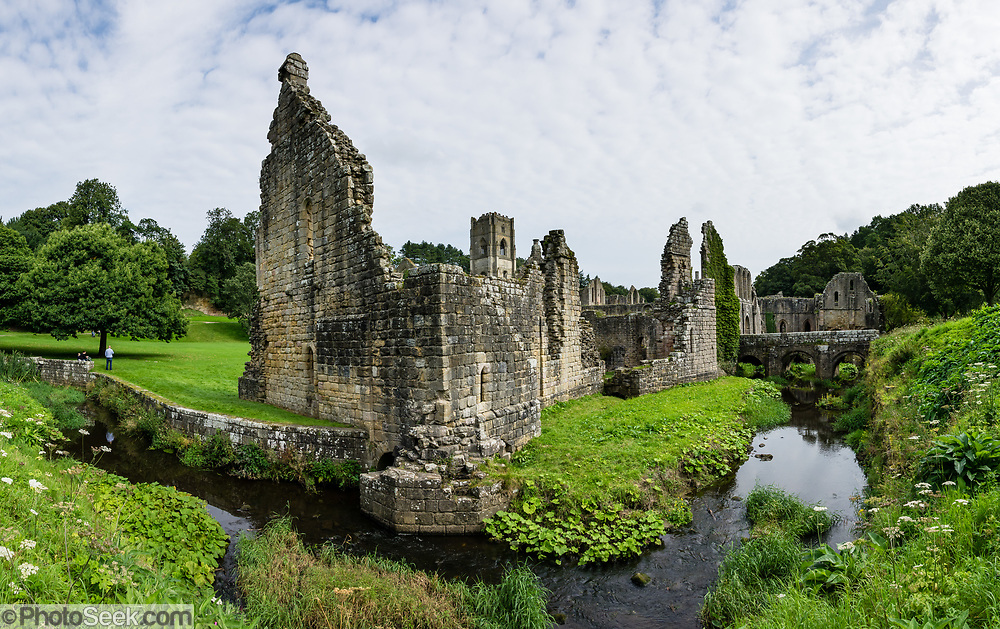