The leopard seal (Hydrurga leptonyx), also referred to as the sea leopard, is the second largest species of seal in the Antarctic region. It is most common in the southern hemisphere along the coast of Antarctica and on most sub-Antarctic islands, but can also be found on the coasts of southern Australia, Tasmania, South Africa, New Zealand, Lord Howe Island, Tierra del Fuego, the Cook Islands, and the Atlantic coast of South America. Along with all of the other earless seals, it belongs to the family Phocidae, and is the only species in the genus Hydrurga. The name hydrurga means "water worker" and leptonyx is the Greek for "small clawed". The leopard seal is large and muscular, with a dark grey back and light grey on its stomach. Its throat is whitish with the black spots that give the seal its common name. 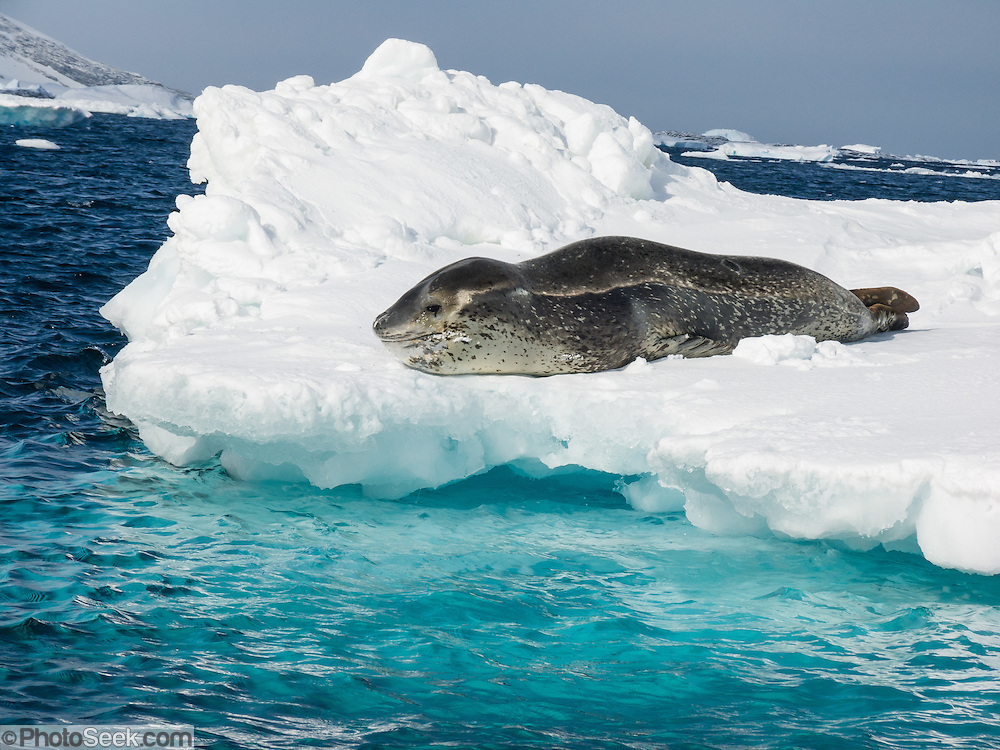