Indian Ocean (or Southern Ocean according to Australian geographers) surf crashes on ancient rock in Western Australia which was once joined with Antarctica. At Torndirrup National Park, sea water has sculpted impressive formations from coastal granite. Visit this popular park on King George Sound in Western Australia, 400 km southeast of Perth and 10 km south of Albany. The park’s oldest gneiss, seen along the cliff walls of the Gap, was formed 1300-1600 million years ago. The granites were formed later as molten rock rose to the surface when the Australian Plate collided with the Antarctic Plate 1160 million years ago. 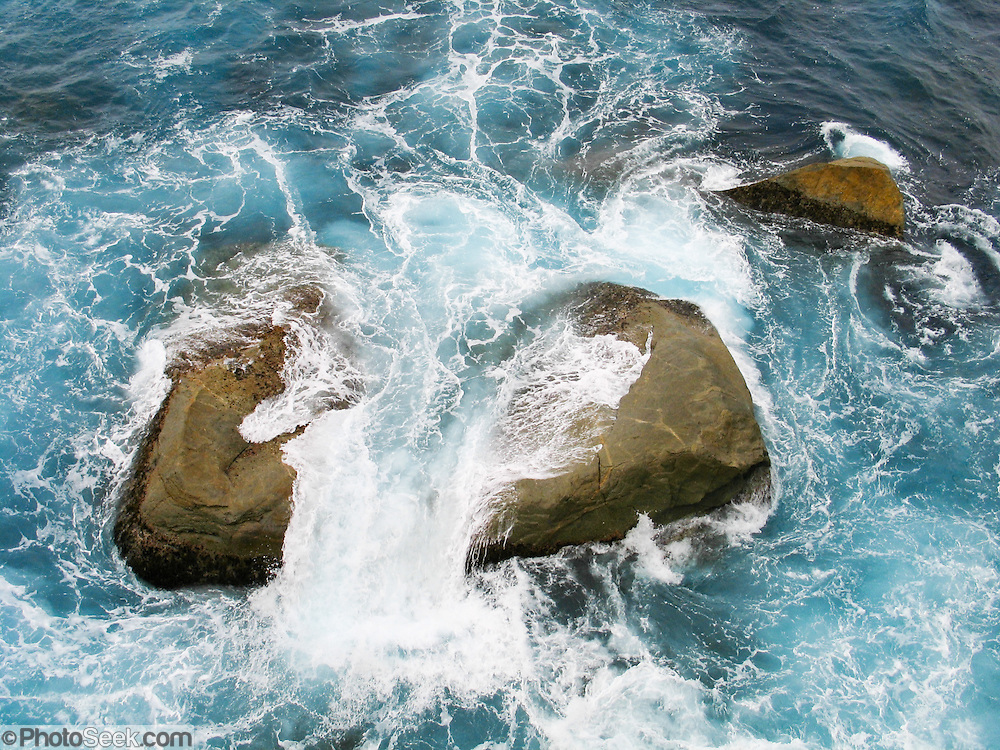