A captive koala rests in a tree at Bonorong Wildlife Park, Briggs Road, Brighton, Tasmania, Australia. The koala (Phascolarctos cinereus) is an arboreal herbivorous marsupial native to Australia, and the only surviving member of the family Phascolarctidae. The koala is found in coastal regions of eastern and southern Australia, from Adelaide to the southern part of Cape York Peninsula, extending inland where enough moisture supports suitable woodlands. The koalas of South Australia were mostly exterminated during the early 1900s, but have been repopulated with Victorian stock. The koala is not found in Tasmania or Western Australia. The koala is one of the few mammals (other than primates) that has fingerprints. It is generally silent, but males have a very loud advertising call that can be heard from almost a kilometer away during the breeding season. The koala requires large areas of healthy, connected forest and will travel long distances along tree corridors in search of new territory and mates. Human encroachment cuts these corridors with agricultural and residential development, forestry, and road-building, marooning koala colonies in decreasing areas of bush. 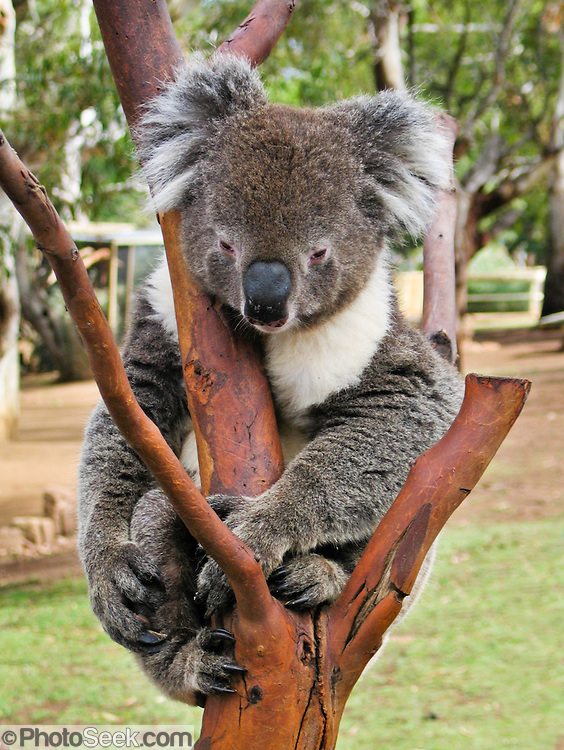