John Brown's Fort was a guard house / fire engine house that Brown raided at the Harpers Ferry Armory in 1859 in Virginia (now in West Virginia), where the abolitionist attempted to incite a slave insurrection, 2 years before the Civil War. The building was built in 1848 as a guard and fire engine house for the federal Harpers Ferry Armory. Harpers Ferry, a historic town in Jefferson County, West Virginia, is one of the few towns directly traversed by the Appalachian Trail. The town contains both Harpers Ferry National Historical Park and the populated Harpers Ferry Historic District (higher above the flood plain), at the confluence of the Potomac and Shenandoah Rivers where the US states of Maryland, Virginia, and West Virginia meet. Historically, Harpers Ferry is best known for John Brown's raid on the Armory in 1859 and its role in the American Civil War. 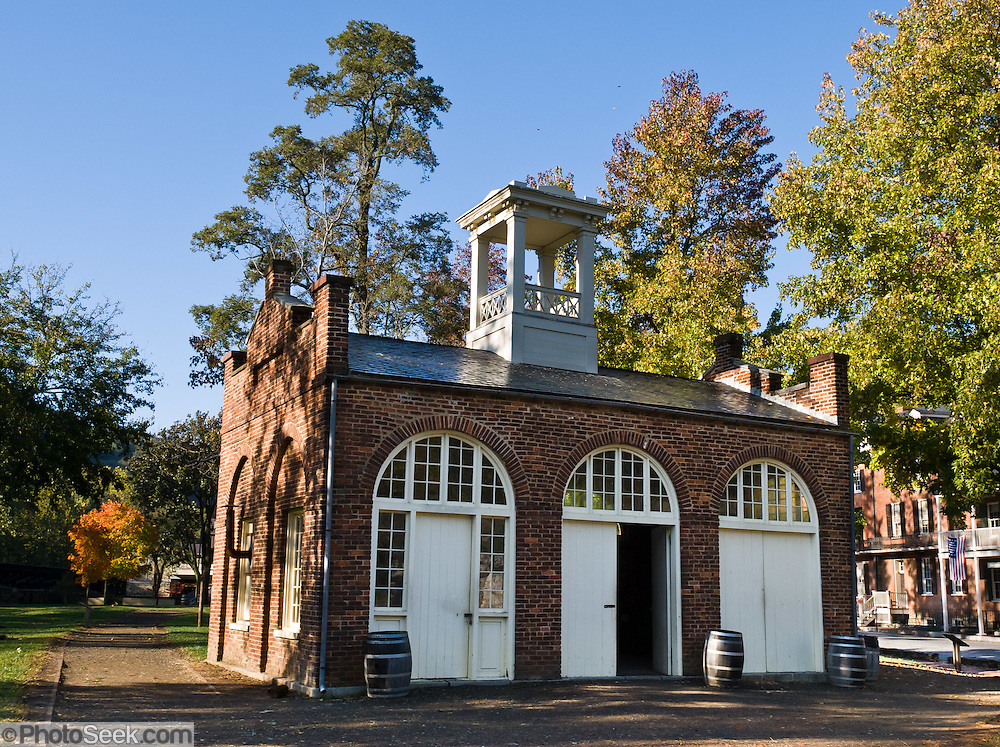