The least chipmunk (Neotamias minimus) is the smallest and most widespread species of chipmunk in North America. Photographed in Sawtooth National Recreation Area, Idaho, USA. Chipmunks are small, striped squirrels, which are rodents in the family Sciuridae. All species of chipmunks are found in North America, except for the Siberian chipmunk of Asia. The least chipmunk lives across north-central and western United States and from British Columbia and southern Yukon to western Quebec in Canada, in habitats including mixed deciduous and coniferous forests, boreal forest, and sagebrush plains. They have three dark lines with white in between along their face and five black stripes with brown edges with white in between along their back. They are grey and reddish-brown on the sides and greyish white on their underparts. Their tail is orange-brown. These animals are active during the day and eat seeds, berries, nuts, fruits and insects. They breed in early spring. Females produce one litter usually of 5 or 6 young. They store food in an underground burrow, where they spend the winter. They go into a state of torpor for extended periods, but do not hibernate. Chipmunks have facial stripes, whereas golden-mantled ground squirrels lack facial stripes. 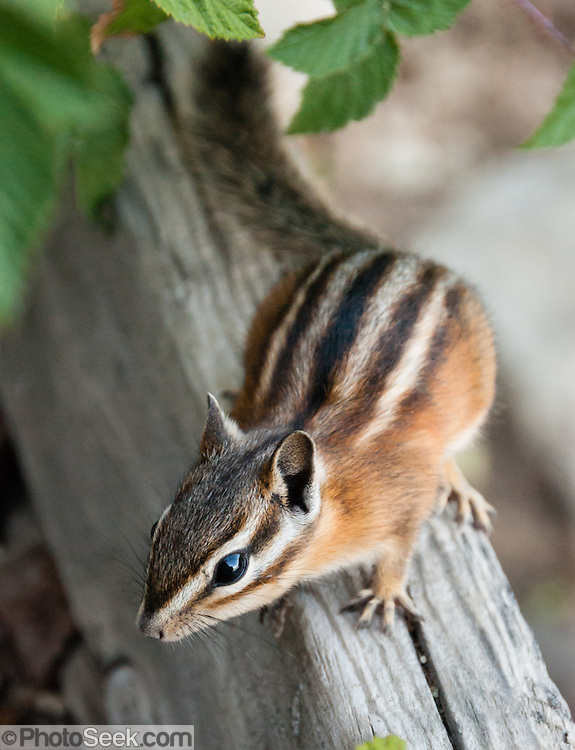