Mammoth tusks at the slippery shallow end of the natural sinkhole mammoth trap. The Mammoth Site is a fascinating museum and active paleontological site in the town of Hot Springs, in the Black Hills, South Dakota, USA. It is the largest collection of in-situ mammoth remains in the world. Sheltered within the building is an ongoing excavation of a prehistoric sinkhole filled with the remains of animals and plants preserved by entrapment and burial around 140,000 years ago, in the Late Pleistocene. Since mammoth bones were found here accidentally in 1974, the remains of 61 mammoths have been recovered (including 58 North American Columbian and 3 woolly mammoths as of 2021). Due to geological conditions after the animals were trapped, the excavated "fossil" bones are not petrified or turned to stone, so are very brittle, requiring professional handling. The Pleistocene, often referred to as the Ice Age, is the geological epoch that lasted from about 2,580,000 to 11,700 years ago, spanning the earth's most recent period of repeated glaciations. The most recent glaciation period reached peak conditions some 18,000 years ago before yielding to the interglacial Holocene epoch 11,700 years ago. 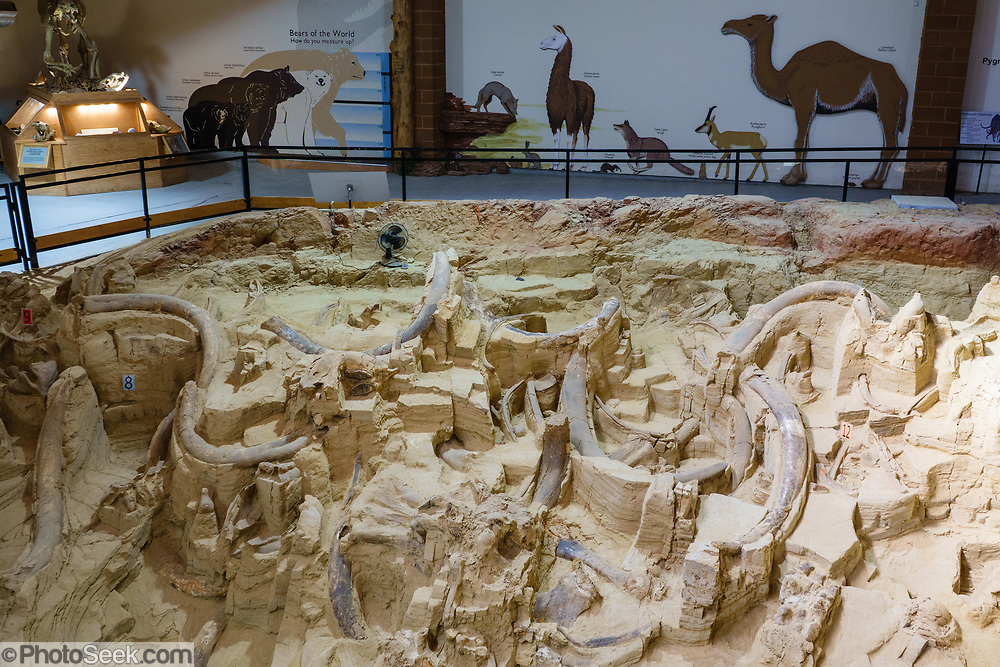