Erechtheion and Parthenon on the Acropolis, Athens, Greece.

The Erechtheion (left) and Parthenon (right) sit prominently on the Acropolis in Athens, Greece, Europe. The Parthenon was first built from 447-438 BC, using Pentelic marble plus a wooden roof. The Parthenon is the largest Doric-column temple ever completed in Greece. It was designed as a treasury for tribute money moved from Delos Island and was dedicated to the worship of Athena. A huge, 12-meter tall statue of Athena Polias was placed in 432 BC. The Erechtheion, built entirely of marble in 421-406 BC, is the most sacred sanctuary on the Acropolis. The Acropolis of Athens and its monuments were honored as a UNESCO World Heritage Site in 1987. 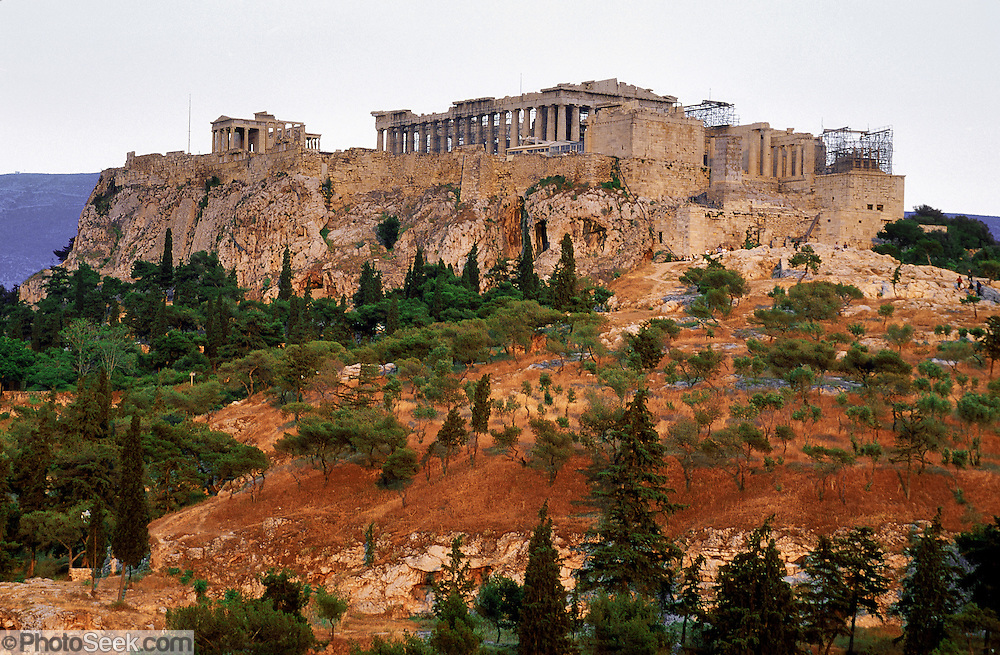