Woolly Mammoth skeleton at the Yukon Beringia Interpretive Centre, in Whitehorse, capital and largest city of the Yukon, Canada. An adult woolly mammoth stood over 3 meters tall and consumed 200 kilograms of grass each day. The tusks of an adult bull mammoth could exceed 3.5 metres long and weigh more than 100 kilograms each. Extremely well-preserved remains found frozen in permafrost have revealed the complete sequence of mammoth DNA, including hair colour and blood proteins. Not all mammoths were brunettes. Thick fur, small ears and a short tail helped them minimize heat loss. Woolly mammoths disappeared from Yukon around 12,000 years ago, at the end of the last glacial period, except for an isolated group which survived on an island off northern Siberia until 4000 years ago. 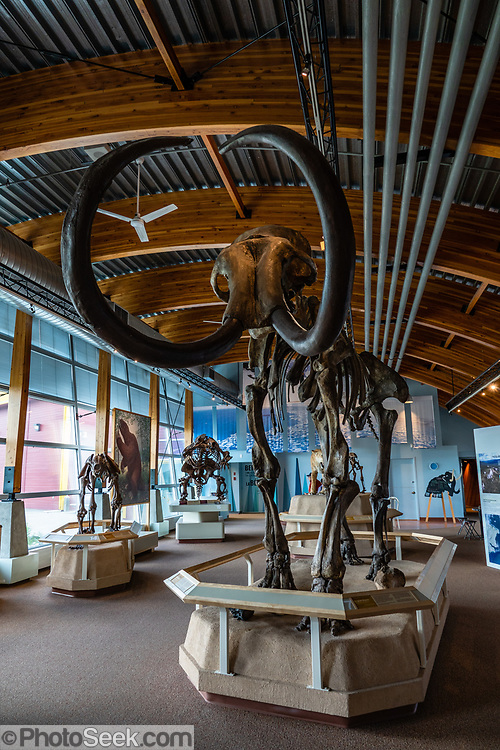