The 1869 National Wallace Monument stands on Abbey Craig overlooking Stirling, commemorating Sir William Wallace, a 1200s Scottish hero. Stirling, Scotland, United Kingdom, Europe. Once the capital of Scotland, Stirling controlled a strategic position (until the 1890s) as the lowest bridging point of the River Forth before it broadens towards the Firth of Forth, making it the gateway to the Scottish Highlands. One of the principal royal strongholds of the Kingdom of Scotland, Stirling was created a royal burgh by King David I in 1130. 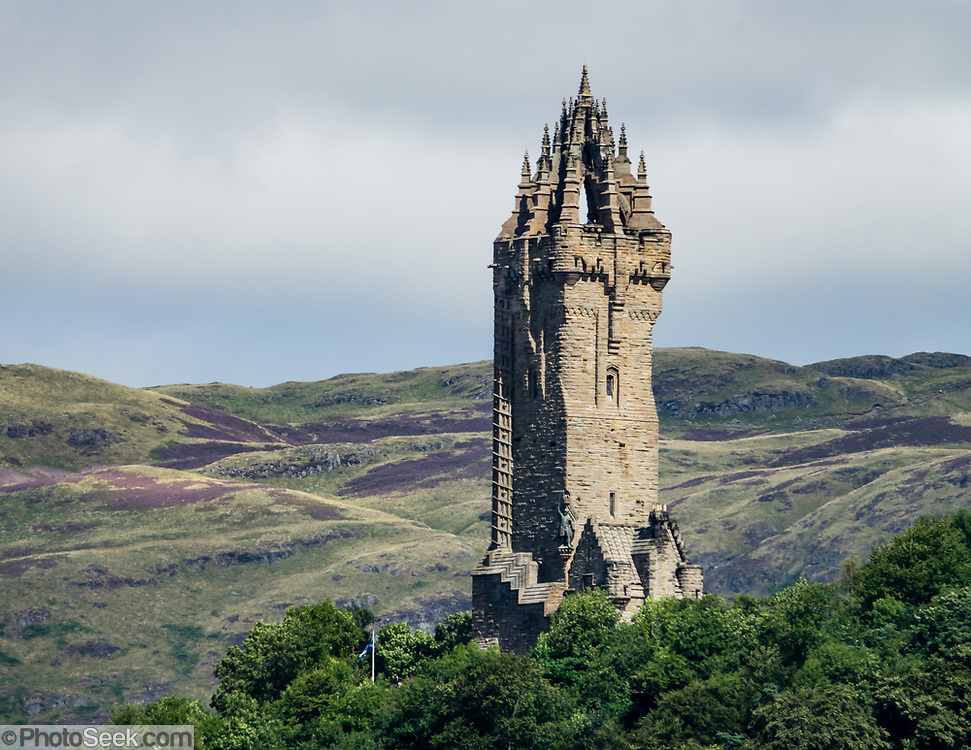