Hike for spectacular views around Tre Cime di Lavaredo (Italian for "Three Peaks of Lavaredo," also called Drei Zinnen or "Three Merlons" in German), which are distinctive icons of the Alps, in the Sexten Dolomites of northeastern Italy, Europe. Until 1919 the peaks formed part of the border between Italy and Austria. Now they lie on the border between the Italian provinces of South Tyrol and Belluno and still are a part of the linguistic boundary between German-speaking and Italian-speaking majorities. Cima Grande rises to 2999 meters (9839 feet), between Cima Piccola 2857 m (9373 ft) and Cima Ovest or "Western Peak" 2973 m (9754 ft). The Dolomites were declared a natural World Heritage Site (2009) by UNESCO. Panorama stitched from 4 overlapping photos. 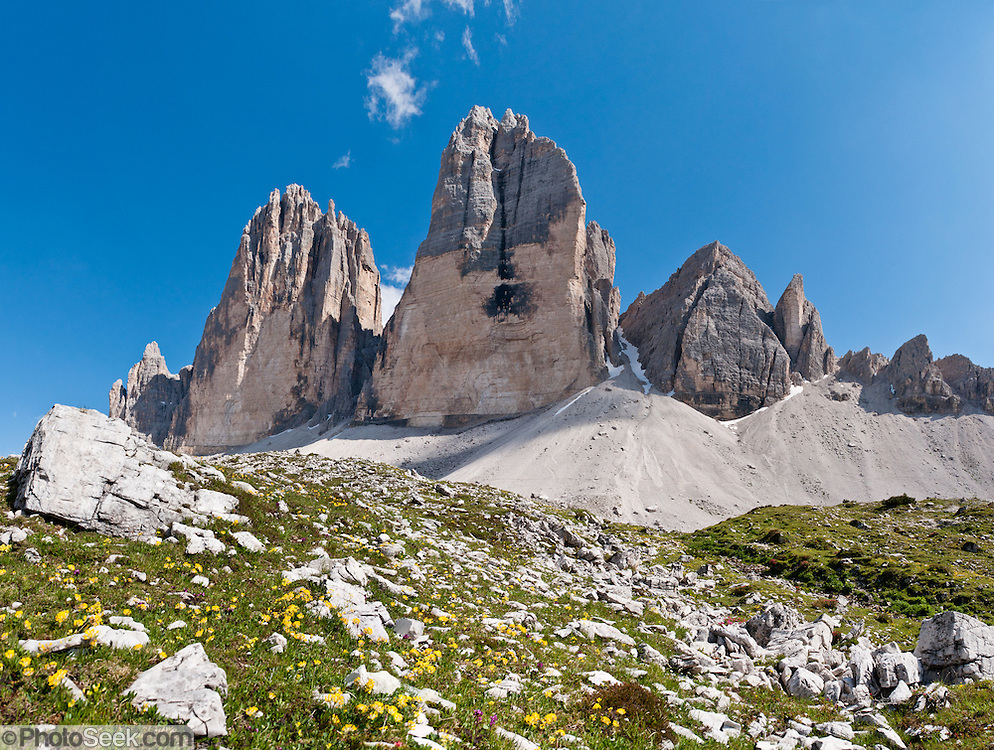