Patrick Henry actor at Colonial Williamsburg, Virginia, USA. "Give me Liberty, or give me Death!"

A professional actor portrays Patrick Henry with gusto in Colonial Williamsburg. In 1776, Patrick Henry became the first governor of the Commonwealth of Virginia, newly formed with the world's first written constitution adopted by the people's representatives. He lived May 29, 1736 - June 6, 1799, and was most remembered for his "Give me Liberty, or give me Death!" speech. Patrick henry was one of the most influential and radical advocates of the American Revolution and republicanism, especially in his denunciations of corruption in government officials and his defense of historic rights. Colonial Williamsburg is the historic district of the independent city of Williamsburg, Virginia, which was colonial Virginia's capital from 1699 to 1780, and a center of education and culture. Here, Thomas Jefferson, Patrick Henry, James Monroe, James Madison, George Wythe, Peyton Randolph, and dozens more helped mold democracy in the Commonwealth of Virginia and the United States. For licensing options, please inquire. 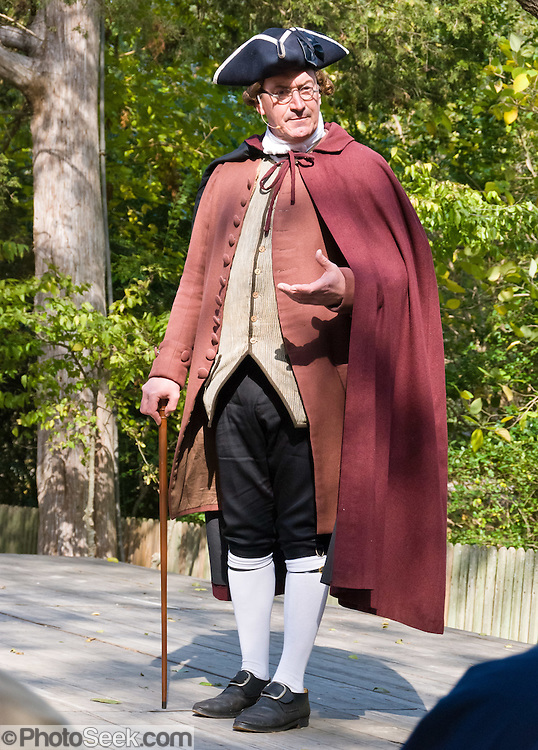