Inside the Mount Vernon house, a bedroom is depicted as in 1799, the last year of Washington's life. Mount Vernon, Virginia, was the plantation home of George Washington, the first President of the United States (1789-1797). The mansion is built of wood in neoclassical Georgian architectural style on the banks of the Potomac River. Mount Vernon estate was designated a National Historic Landmark in 1960 and is owned and maintained in trust by The Mount Vernon Ladies' Association. The estate served as neutral ground for both sides during the American Civil War, although fighting raged across the nearby countryside. George Washington, who lived 1732-1799, was one of the Founding Fathers of the United States of America (USA), serving as the commander-in-chief of the Continental Army during the American Revolutionary War, and presiding over the convention that drafted the Constitution in 1787. Named in his honor are Washington, D.C. (the District of Columbia, capital of the United States) and the State of Washington on the Pacific Coast. 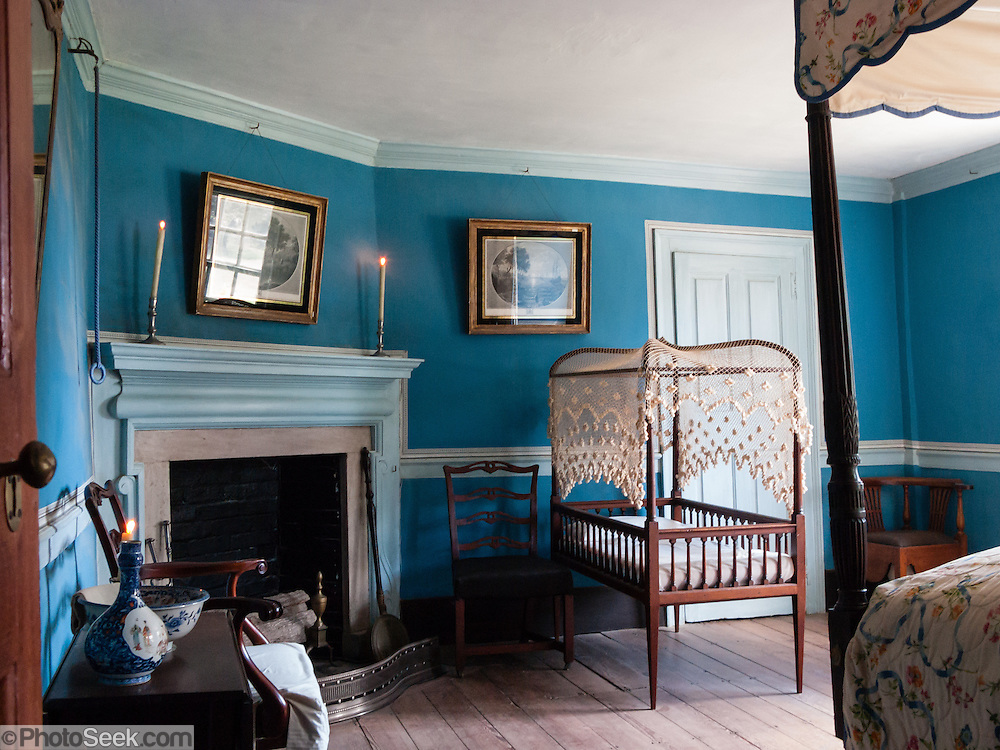