St Margaret's Chapel is Edinburgh's oldest building, a royal place of peace and prayer. Scotland’s royals once knelt to worship in this private chapel. It was built around 1130 by David I and dedicated to his mother Queen Margaret, a member of the English royal family who fled the Norman invasion and married Malcolm III. The decorated chancel arch is original, while other features, such as the stained glass windows, are more recent. In the 1500s, the chapel was used as a gunpowder store and was later given bomb-proof vaulting. Edinburgh is the capital city of Scotland, in Lothian on the Firth of Forth, Scotland, United Kingdom, Europe. 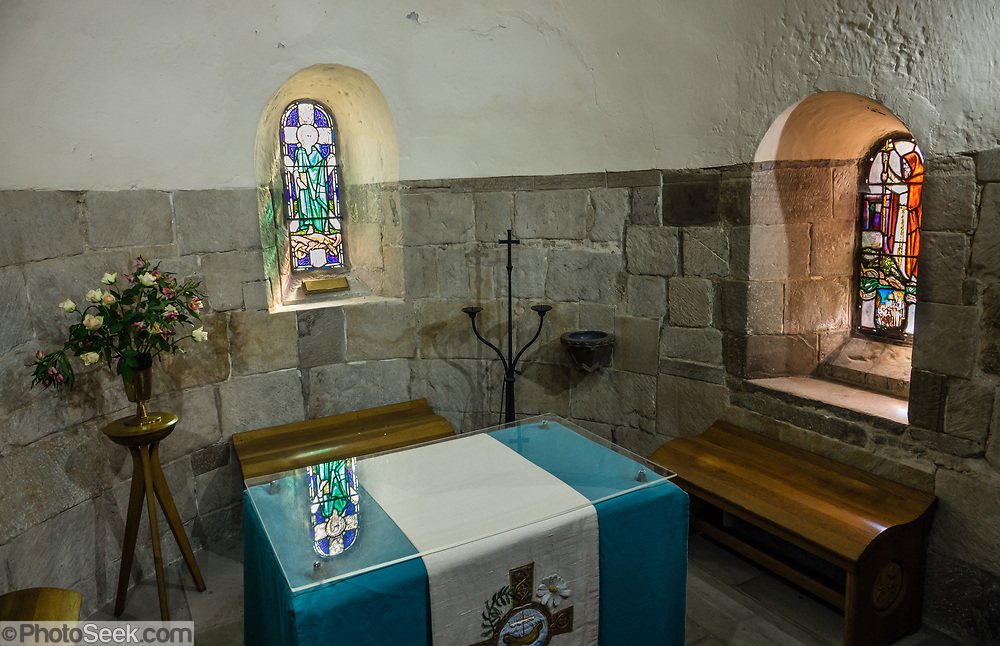