On Ebey's Prairie Trail in Ebey's Landing National Historical Reserve, see the Jacob & Sarah Ebey House, built in 1856. Jacob was the father of Whidbey Island's first permanent Euro-American settler, Isaac Neth Ebey, who arrived in 1850. At left, the Ebey Block House, built in 1854, is one of four remaining today (out of as many as 11 built in the 1850s). The blockhouse was built for defense against Native Americans who were being displaced from their traditional lands. Start your walking tour from Sunnyside Cemetery Wayside on Cemetery Road to explore Ebey's Prairie Trail (or start from the beach lot at Ebey's Landing State Park), on Whidbey Island, Washington state, USA. 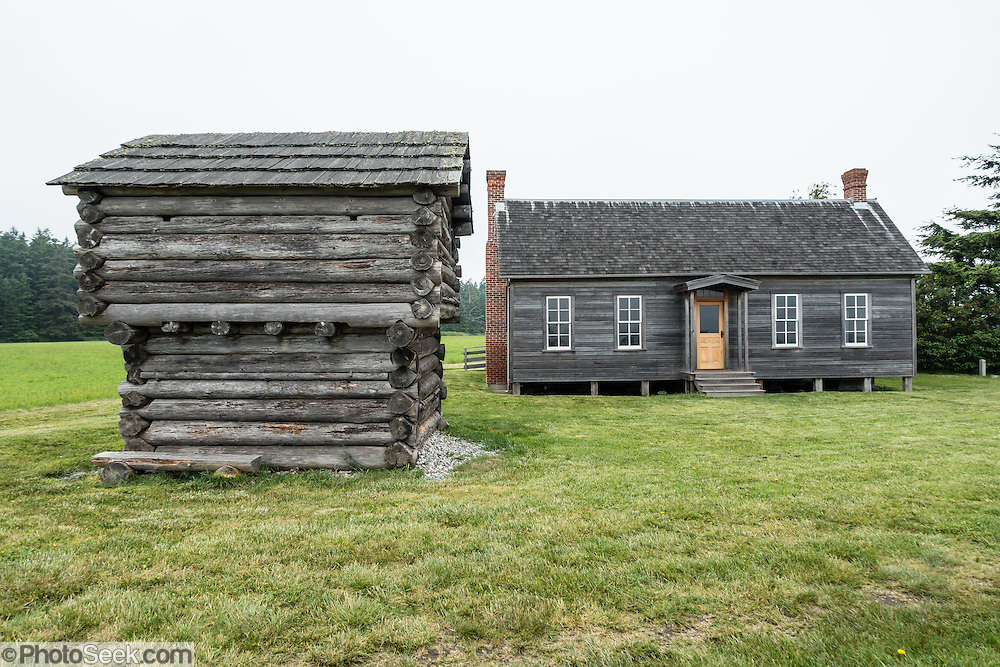