The sailfin tang (Zebrasoma veliferum in the fish family Acanthuridae), photographed in Hanauma Bay, has an extensive range throughout Oceania, the Indian Ocean, and the South Pacific. It's popular in the aquarium trade. Though their skin is light beige with stripes, it can turn dark brown under stress. Hanauma Bay Nature Preserve is a popular snorkeling area run by the City and County of Honolulu, in the Hawaii Kai neighborhood, on the island of Oahu, Hawaii, USA. After decades of overcrowding, Hanauma Bay is now better managed as the first Marine Life Conservation District in the State, which attempts to sustain the stressed reef which hosts a great variety of tropical fish. Feeding the fish is no longer allowed and the park is closed on Tuesdays to allow the fish a day of rest undisturbed. Hanauma Bay formed within the tuff ring of an eroded volcanic crater along the southeast coast of Oahu. 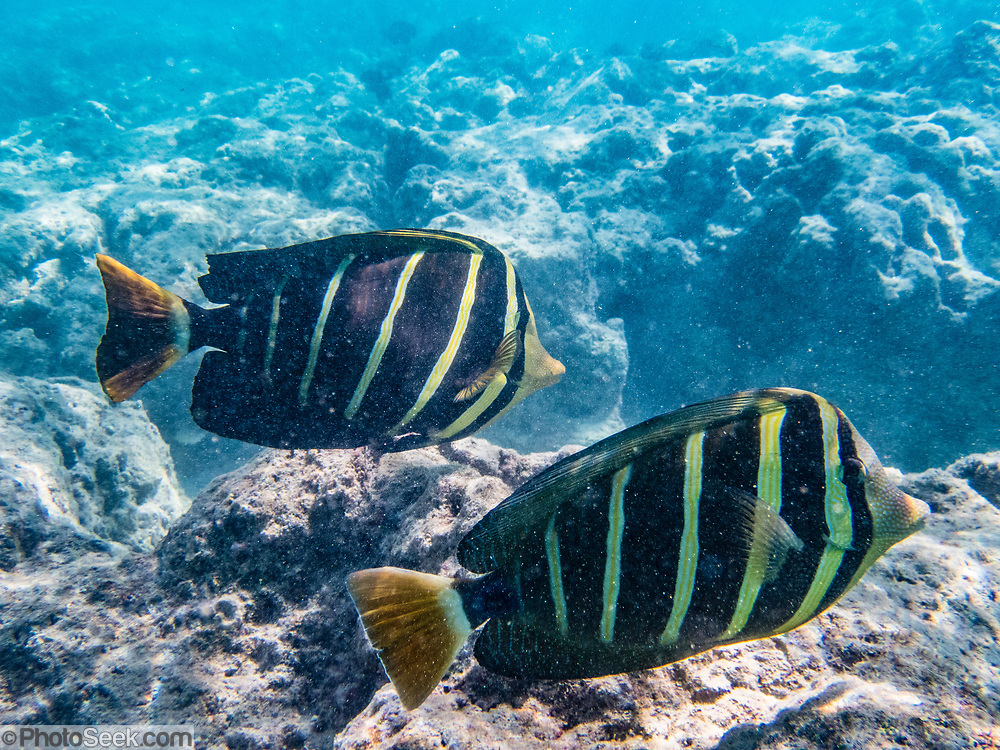