From Hostal Corihuasi, look towards the Plaza de Armas (central square) of Cuzco (Cusco or Qosqo), in Peru, South America. Cuzco was the site of the historic capital of the Inca Empire from the 1200s to 1532 and was honored on the World Heritage List in 1983 by UNESCO. Quechua oral history says that the first Inca, Manco Capac, the son of the sun god (inti), founded the city of Cuzco in the 1100s AD. After 1430 AD, the Incas burst out of Cuzco and quickly imposed their culture from southern Colombia to central Chile. The Incas used their absolute rule and organizational genius to build vast terraces for growing food on the steep Andes Mountains in a moderate climate, away from the dry desert coast and above the mosquito-filled Amazon Basin. The Incas developed textiles, pottery, metals, architecture, amazingly fitted rock walls, empire-wide roads, bridges, and irrigation, but never discovered the wheel, arch, or writing. Despite their amazing accomplishments, the Inca Empire lasted barely a century. 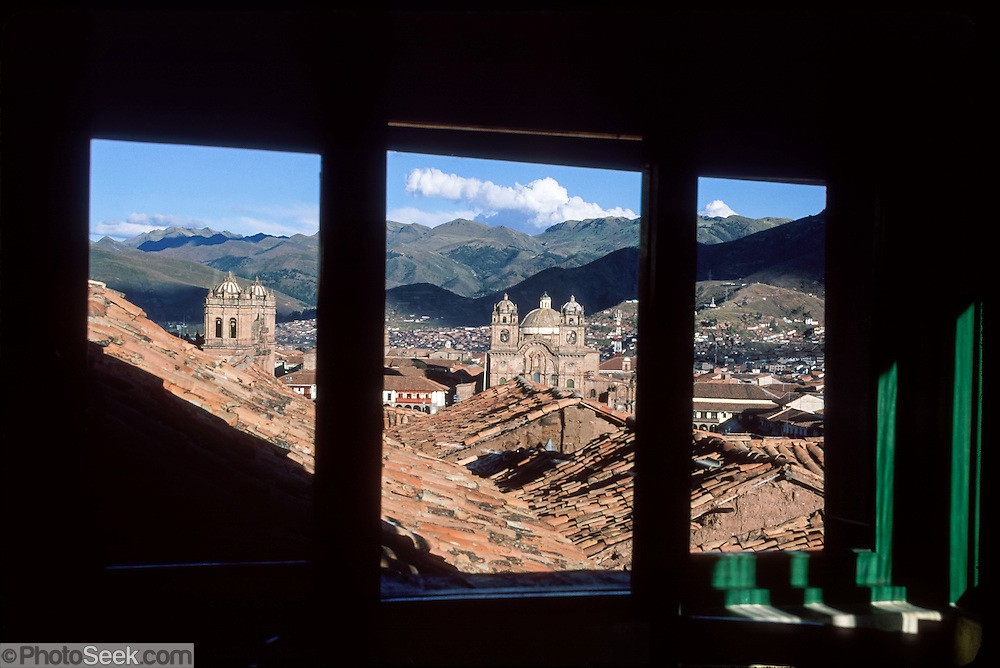