Shown here in a Sony Showroom in Ginza, Sony Aibo model ERS-1000 robotic dog was launched in January 2018 (as the fourth generation of AIBO models which were first introduced to consumers in 1999). Sony's AIBO (or aibo, Artificial Intelligence Robot, homonymous with aibō, "pal" or "partner" in Japanese) is a series of robotic pets. It requires an always-on internet connection to function fully and comes with an LTE SIM card and monthly subscription service to support interaction and learning in the cloud. 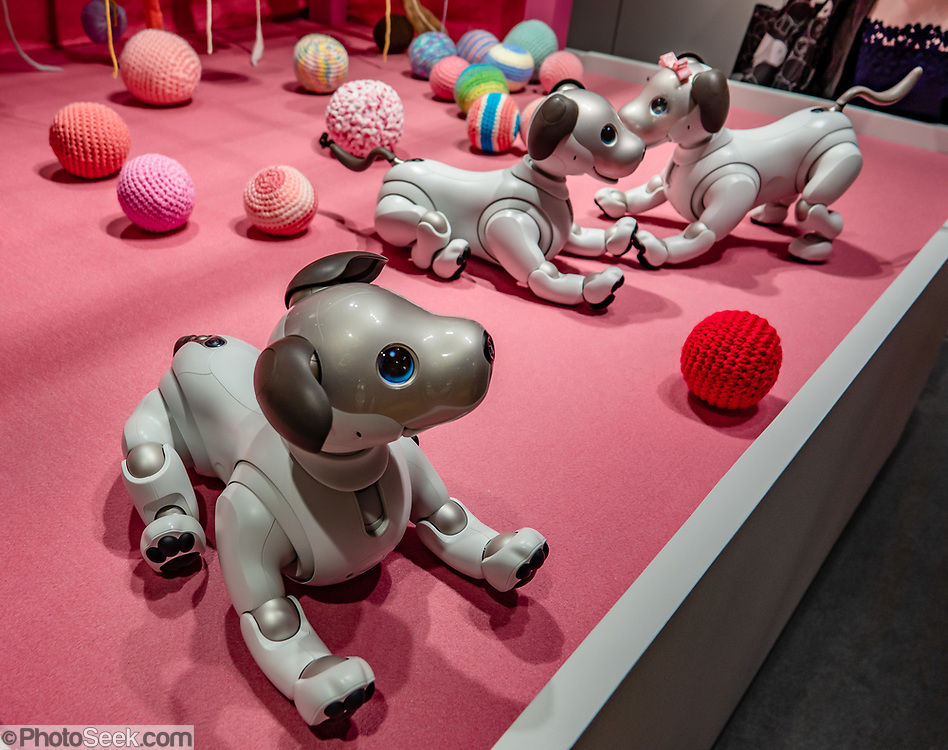