The Parthenon was first built from 447-438 BC, using Pentelic marble plus a wooden roof. Scaffolding and crane in 2001 support reconstruction for the 2004 Olympics, in Athens, Greece, Europe. The Parthenon is the largest Doric-column temple ever completed in Greece. It was designed as a treasury for tribute money moved from Delos Island and was dedicated to the worship of Athena. A huge, 12-meter tall statue of Athina Polias was placed in 432 BC. The treasury stored money from the Delian League, which later became the Athenian Empire. In the 400s AD, the Parthenon was converted into a Christian church dedicated to the Virgin Mary. After the Ottoman conquest, it was turned into a mosque with added minaret in the early 1460s. In 1687, an Ottoman ammunition dump inside the building was ignited by Venetian bombardment. The resulting explosion severely damaged the Parthenon and its sculptures. In 1806, Thomas Bruce, 7th Earl of Elgin removed some of the surviving sculptures, with the Ottoman Turks' permission. These sculptures, now known as the Elgin Marbles or the Parthenon Marbles, were sold in 1816 to the British Museum in London, where they are now displayed. Greece wants them back. The Acropolis of Athens and its monuments were honored as a UNESCO World Heritage Site in 1987. 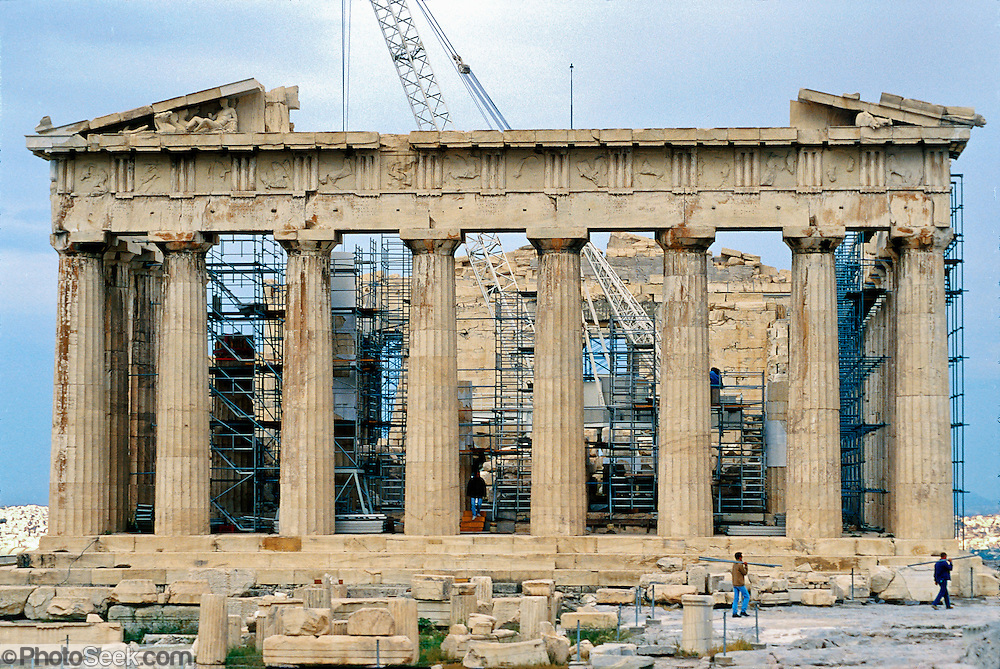