Watch for frequent Western Rattlesnakes on Imnaha River Trail, in Hells Canyon National Recreation Area, Wallowa-Whitman National Forest, Imnaha, Oregon, USA. Crotalus viridis (commonly known as the Western Rattlesnake, Prairie or Plains Rattlesnake) is a venomous pit viper native to the western United States, southwestern Canada, and northern Mexico. The Western Rattlesnake is common in much of eastern Washington, and is Washington's only venomous snake. A rattlesnake bite seldom delivers enough venom to kill a human, although painful swelling and discoloration may occur. Distinctive features of the Western Rattlesnake include a broad, triangular head that is much wider than its neck; a diamond-shaped pattern along the middle of its back; and rattles on the tail tip. Color patterns differ with habitat, ranging from olive to brown to gray. Black and white crossbars may occur on the tail. Western rattlesnakes measure 18 inches to 4 feet at maturity. The number of segments on the rattle does not indicate the true age of the snake, since rattlesnakes lose portions of their rattles as they age. 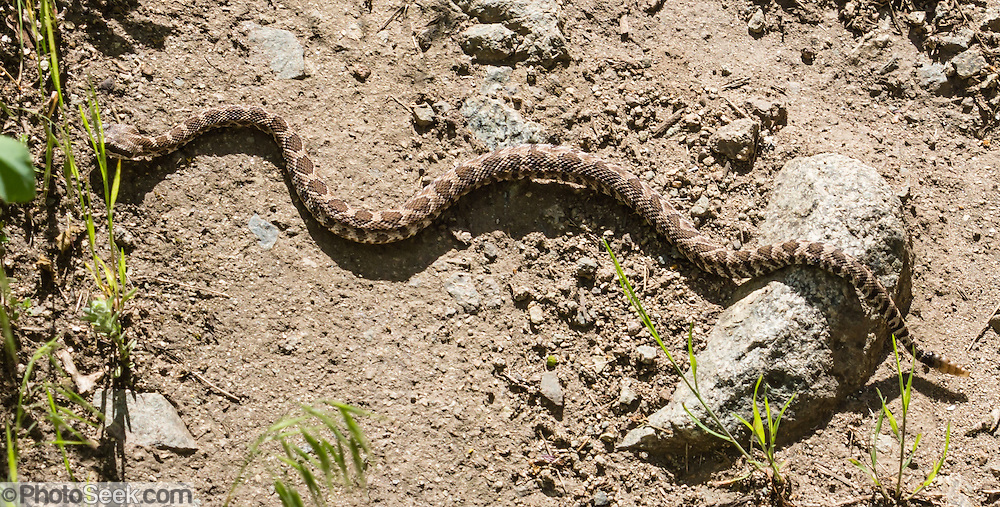