Royal Pantheon, at Wat Phra Kaew/Temple of the Emerald Buddha, Grand Palace, Bangkok, Thailand. The Royal Pantheon, called Prasat Phra Thep Bidorn in Thai, was built by King Rama IV, then destroyed by fire during the reign of King Rama V, then restored by King Rama VI. Originally built to house the Emerald Buddha, it proved too small. King Rama VI later dedicated it as the Royal Pantheon of the Chakri Dynasty, with exact life sized statues of each of the kings of the Chakri Dynasty inside. The building is only open to the public on one day a year, Chakri Day, April 6. 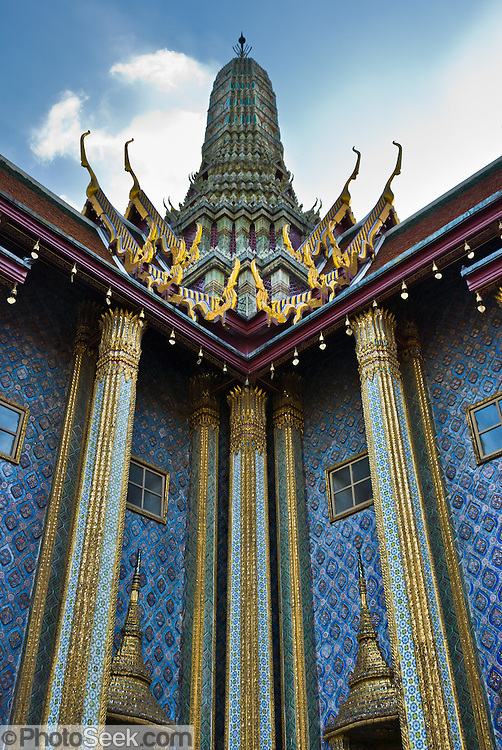