Fantastic rock spires of Meteora rise above a house in Kastraki, near Kalambaka, in central Greece, Europe. Meteora (which means "suspended in the air") is a complex of six Eastern Orthodox Christian monasteries built by medieval monks on natural rock pillars near Kalambaka, in central Greece, Europe. The sandstone and conglomerate of Meteora were formed in the cone of a river delta estuary emerging into a sea about 60 million years ago, then later uplifted and eroded into pinnacles. The isolated monasteries of Meteora helped keep alive Greek Orthodox religious traditions and Hellenic culture during the turbulent Middle Ages and Ottoman Turk occupation of Greece (1453-1829). UNESCO honored Meteora as a World Heritage Site in 1988. Visit early in the morning and in the off season to avoid crowds. 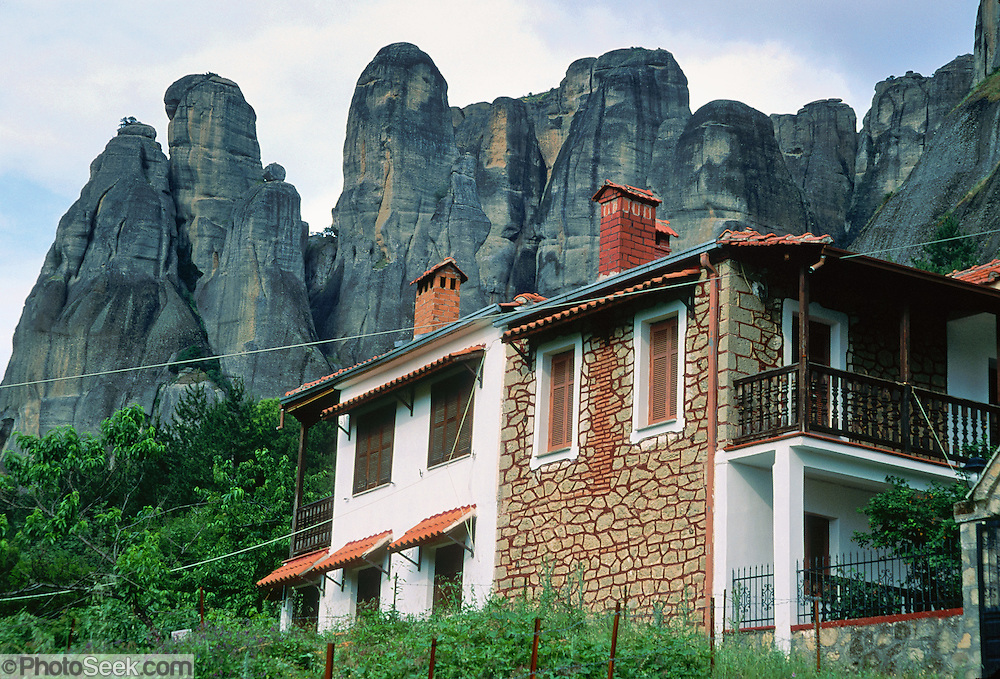