Cove Arch, in Cove of Caves in the Windows Section of Arches National Park, Moab, Utah, USA. At left is the back of Double Arch, A thick underground salt bed underlies the creation of the park's many arches, spires, balanced rocks, sandstone fins, and eroded monoliths. Some 300 million years ago, a sea flowed into the area and eventually evaporated to create the salt bed up to thousands of feet thick. Over millions of years, the salt bed was covered with debris eroded from the Uncompahgre Uplift to the northeast. During the Early Jurassic (about 210 million years ago) desert conditions deposited the vast Navajo Sandstone. On top of that, about 140 million years ago, the Entrada Sandstone was deposited from stream and windblown sediments. Later, over 5000 feet (1500 m) of younger sediments were deposited and then mostly worn away, leaving the park's arches eroded mostly within the Entrada formation. 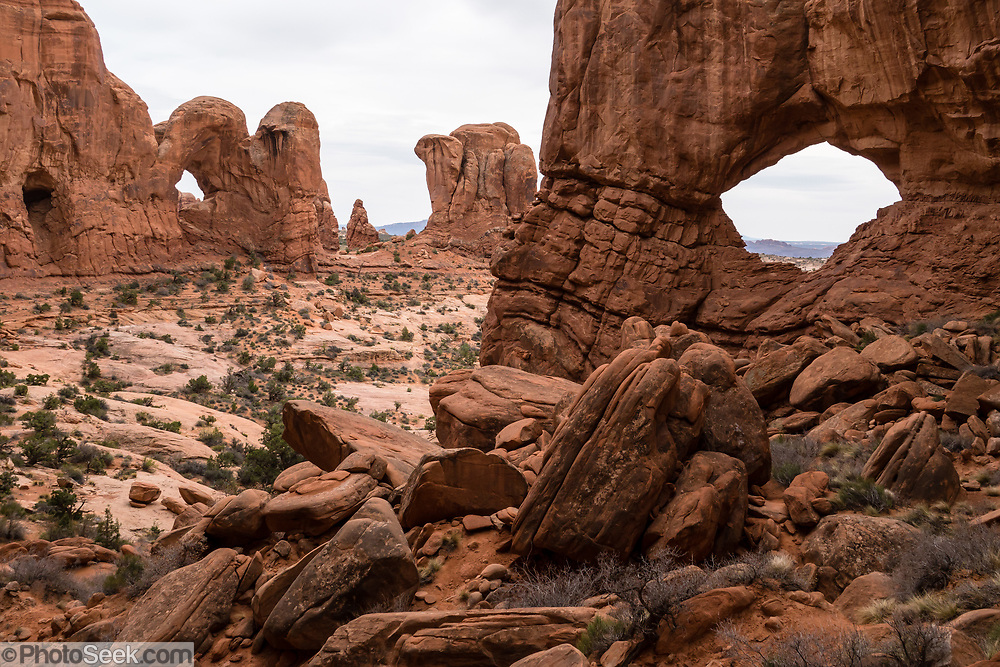