Fall leaf colors reflect in Eno River, in Eno River State Park, which is in Durham and Orange Counties, North Carolina, USA. Native Americans of the Eno, Shakori and Occoneechee tribes lived along the river prior to European settlement. Some of the tribes merged in the late 17th century and established a village near present-day Durham. Settlers moved to the area later to set up farms and more than 30 mills along the length of the Eno River. Efforts to establish Eno River State Park started in 1965 when the city of Durham proposed building a reservoir in the river valley. A group of concerned citizens led a campaign to save the Eno and formed the Association for the Preservation of the Eno River Valley. In May 1972, the state of North Carolina approved the park, and the reservoir was not built. In 1975, the state--with help from the Eno River Association and the Nature Conservancy--acquired more than 1,000 acres (4 km²) of land for the park. 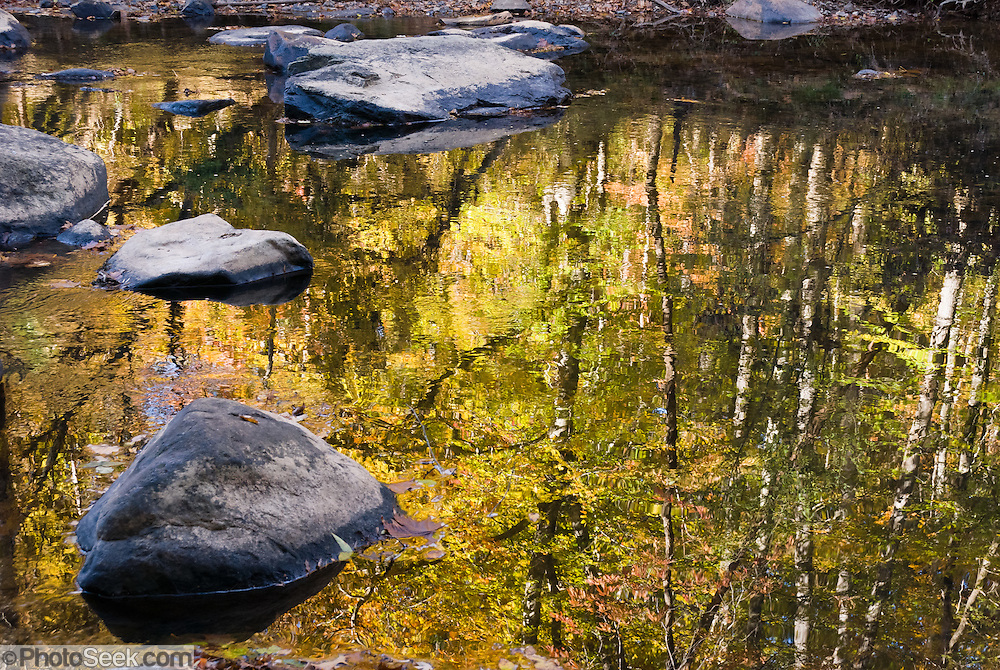