Monticello (the estate of Thomas Jefferson, the third President of the United States) reflects in a pond, near Charlottesville, Virginia, USA.

Monticello reflects in a pond. Monticello, near Charlottesville, Virginia, was the estate of Thomas Jefferson, the principal author of the United States Declaration of Independence, the third President of the United States, and founder of the University of Virginia. Monticello is Italian for "little mountain." Jefferson designed the house himself on the summit of an 850-foot (260 m)-high peak in the Southwest Mountains south of the Rivanna Gap. An image of the west front of Monticello appeared on on the US two dollar bill printed from 1928 to 1966, and on the US nickel (5-cent coin made from 1938 to 2003, and from 2006 onwards). Monticello was designated a World Heritage Site in 1987, an honor it shares with the nearby University of Virginia. 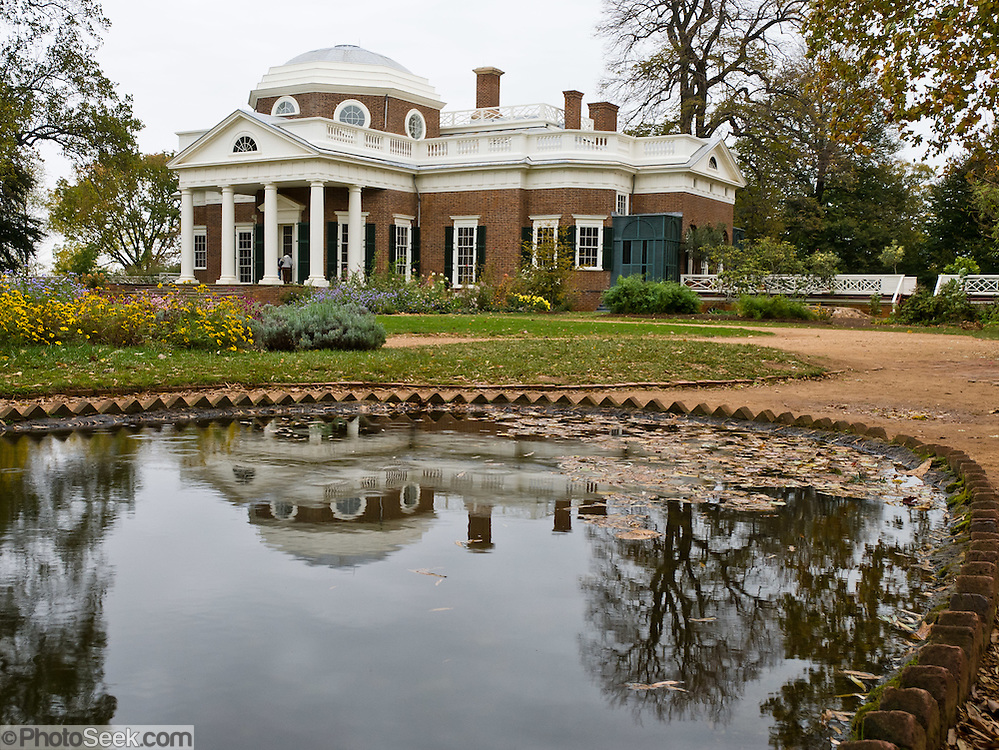