A full-sized skeleton diorama of the Agate waterhole 20 million years ago shows two entelodont mammals and a small beardog scavenging a chalicothere carcass (related to horse and rhino), at Agate Fossil Beds National Monument, Harrison, Nebraska, USA. The entelodont (Dinohyus hollandi) was a hoofed mammal 6-8 feet tall at the shoulder, with powerful jaws and teeth for eating both carrion and plants. The smaller skeleton in the foreground is a beardog (Daphoenodon superbus, the most common carnivore at the Agate waterhole site), which preyed upon juvenile rhinos, camels, and oreodonts. The chalicothere (Moropus elatus) was related to the horse and rhino, standing 6 feet tall at the shoulder and having 3-toed, claw-like hooves. Agate Fossil Beds National Monument boasts some of the most well-preserved Miocene fossils in the world. The park is near Harrison, Nebraska, USA. Agate’s grass-covered plains and flat-top buttes represent 20 million years of natural history. This valley of the Niobrara River contains important fossils found on Carnegie Hill and University Hill. 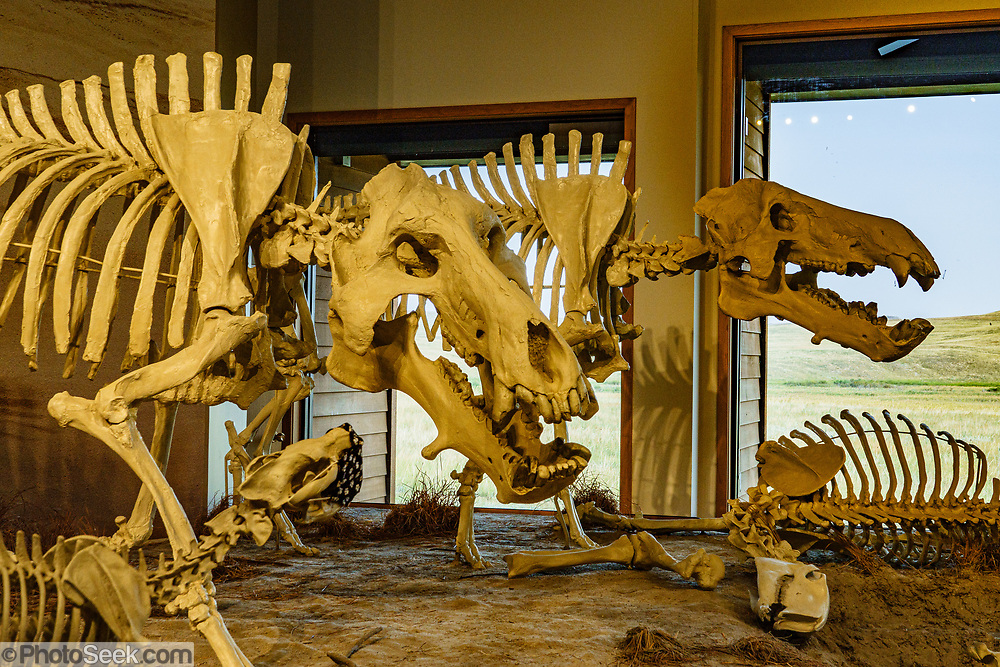