Gateway Arch in St. Louis, Missouri, USA. Clad in stainless steel and built in the form of a weighted catenary arch, Gateway Arch is the world's tallest arch (630 feet high), the tallest man-made monument in the Western Hemisphere and Missouri's tallest accessible building. Built as a monument to the westward expansion of the United States, and officially dedicated to the American people, it is the centerpiece of the Jefferson National Expansion Memorial. The Arch was designed by Finnish-American architect Eero Saarinen in 1947. It was built 1963-1965 at the site of St. Louis' founding on the west bank of the Mississippi River and opened to the public in 1967. (Although built to last for ages, it is eventually susceptible to a tornado impact which could rip off the upper two-thirds.) 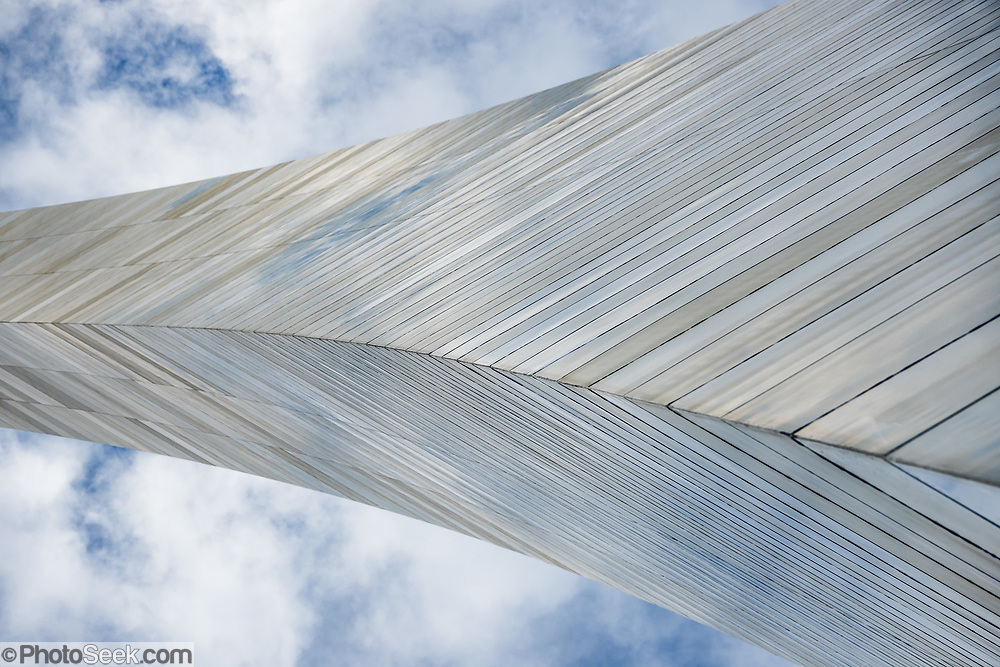