Carhenge sunrise. Carhenge replicates England's Stonehenge using vintage American automobiles, near Alliance, Nebraska, in the High Plains region, USA. After studying Stonehenge in England, years later, Jim Reinders recreated the physical size and placement of Stonehenge's standing stones in summer 1987, helped by 35 family members. Reinders said, "It took a lot of blood, sweat, and beers." Carhenge was built as a memorial to Reinders' father. 39 automobiles were arranged in the same proportions as Stonehenge with the circle measuring a slightly smaller 96 feet (29m) in diameter. Some autos are held upright in pits five feet deep, trunk end down, while other cars are placed to form the arches and welded in place. All are covered with gray spray paint. The heel stone is a 1962 Cadillac. Reinders donated Carhenge to the Friends of Carhenge, who gifted it to the Citizens of Alliance in 2013. Additional sculptures have been erected in the Car Art Reserve, where Reinders' "Ford Seasons" is comprised of four Fords, inspired by Vivaldi's Four Seasons. Also, 29-year-old Canadian Geoff Sandhurst sculpted a spawning salmon. 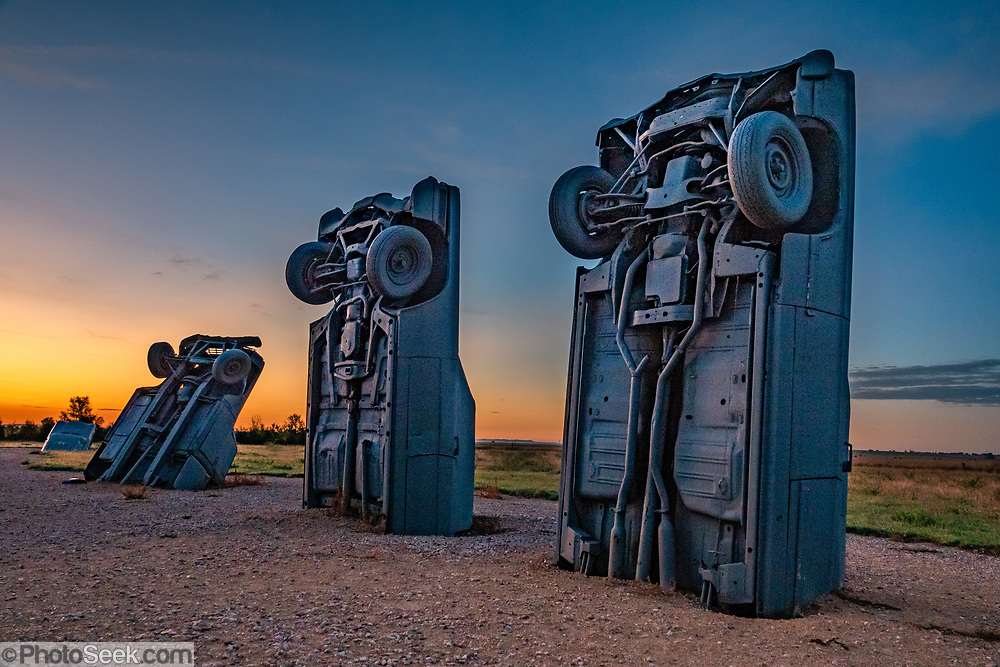