Ruins of a blackhouse at Arnol. Across the street from the ruins, built around 1880, Arnol Blackhouse is a fully furnished traditional Lewis thatched dwelling, which sheltered a family and its animals under the same chimneyless roof. Warmed by a peat fire in a central open hearth with the smoke filtering out through the thatched straw roof, this blackhouse was home to a Hebridean crofting family and their animals, until they moved out in 1966. Today Arnol Blackhouse is insightfully preserved like the family left it. Evolving health regulations in the early 1900s demanded that livestock be housed separately, so "whitehouses" were built with several chimneys, single-thickness walls cemented with lime mortar, wallpaper, lino floors, and separate barn and byre (cowshed). Across the street from Arnol Blackhouse you can visit a furnished 1920s whitehouse. These new crofthouses were so different and bright inside that they were nicknamed "whitehouses," which led to the nickname "blackhouses" for the older antiquated structures. Visit Arnol village on the Isle of Lewis, Outer Hebrides (Western Isles), Scotland, United Kingdom, Europe. 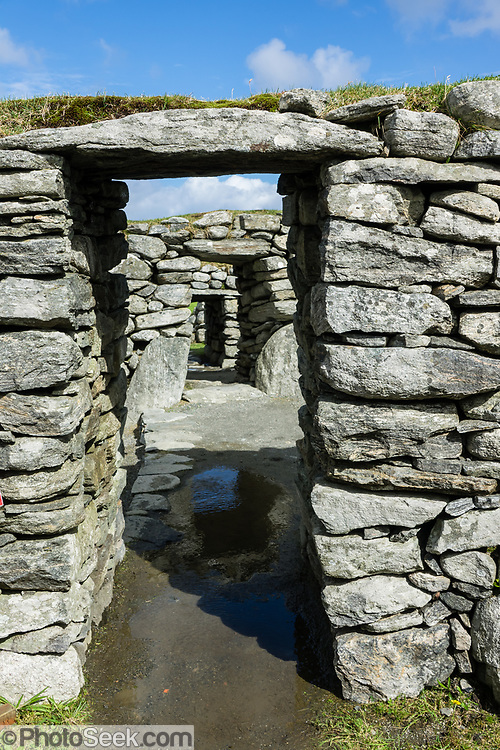