Once the capital of Scotland, Stirling is visually dominated by Stirling Castle. Historically, Stirling controlled a strategic position (until the 1890s) as the lowest bridging point of the River Forth before it broadens towards the Firth of Forth, making it the gateway to the Scottish Highlands. One of the principal royal strongholds of the Kingdom of Scotland, Stirling was created a royal burgh by King David I in 1130. Stirling Castle sits atop Castle Hill, an intrusive crag, which forms part of the Stirling Sill geological formation. Most of the stronghold's main buildings date from the 1400s and 1500s, when it peaked in importance. The outer defences fronting the town date from the early 1700s. Before the union with England, Stirling Castle was also one of the most used of the many Scottish royal residences, serving as both a palace and a fortress. Scotland is now part of the United Kingdom, in Europe. Several Scottish Kings and Queens have been crowned at Stirling, including Mary, Queen of Scots in 1542, and others were born or died there. Stirling Castle has suffered at least eight sieges, including several during the Wars of Scottish Independence, with the last being in 1746, when Bonnie Prince Charlie unsuccessfully tried to take the castle. 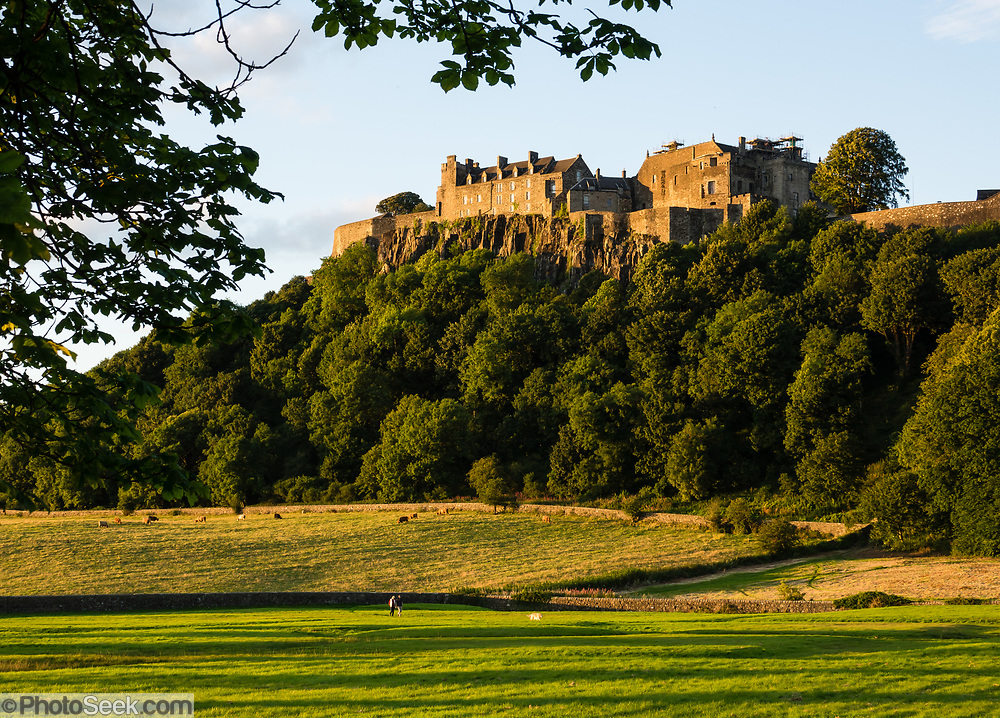