In Edinburgh, the Royal Scots Greys Monument in Princes Street Gardens was erected in 1906 to commemorate the fallen of this British cavalry regiment during the Boer War. The Royal Scots Greys Regiment served from 1707-1971. Edinburgh is the capital city of Scotland, in Lothian on the Firth of Forth, Scotland, United Kingdom, Europe. Behind is Edinburgh Castle atop Castle Rock, the most besieged place in Great Britain and one of the most attacked in the world, with 26 sieges in its 1100-year-old history. Few of the present buildings pre-date the Lang Siege of the 1500s except for St Margaret's Chapel from the early 1100s, the Royal Palace, and the early-1500s Great Hall. 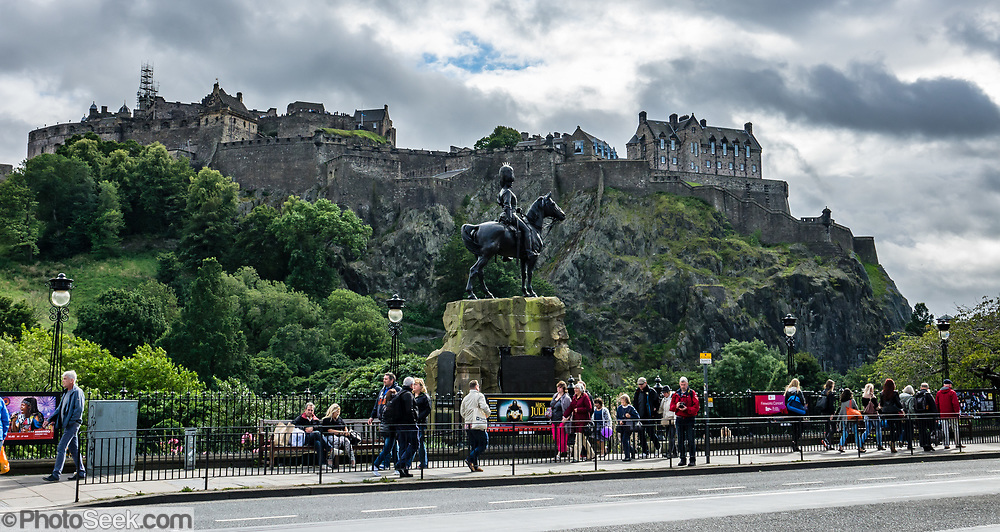