The 1831 Dugald Stewart Monument honors Scottish philosopher and mathematician Dugald Stewart (1753–1828) on Calton Hill, Edinburgh, Scotland, United Kingdom, Europe. Dugald Stewart was a professor at the University of Edinburgh, holding the chair of moral philosophy from 1786 until his death, and is best known for popularizing the Scottish Enlightenment. The Royal Society of Edinburgh commissioned this Greek Revival style structure, which is based on the Choragic Monument of Lysicrates in Athens, Greece. It is a circular temple of nine fluted Corinthian columns around an elevated urn. 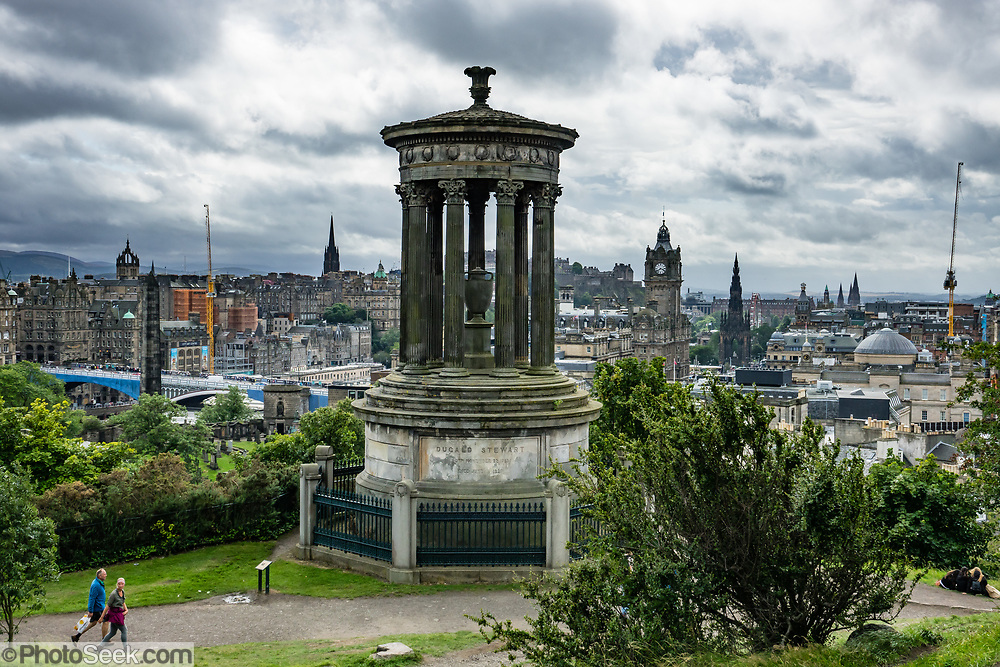