Prominent on Culloden Battlefield today is the 20-foot-tall memorial cairn, erected by Duncan Forbes in 1881 along with separate headstones to mark mass graves of the clans. Purple heather flowers bloom in profusion in August. The Culloden Battlefield visitor center is run by the National Trust for Scotland, near Inverness, United Kingdom, Europe. The Battle of Culloden on 16 April 1746 was part of a religious civil war in Britain and was the final confrontation of the Jacobite rising of 1745. It was the last pitched battle on British soil, and in less than an hour about 1500 men were slain – more than 1000 of them Jacobites. After an unsuccessful Highland charge against the government lines, the Jacobites were routed and driven from the field. Today, strong feelings are still aroused by the battle and the brutal aftermath of weakening Gaelic culture and undermining the Scottish clan system. Three miles south of Culloden village is Drumossie Moor, often called Culloden Moor, site of the battle. Culloden is in Scotland 5 miles east of Inverness, off the A9/B9006, directed by brown signs. 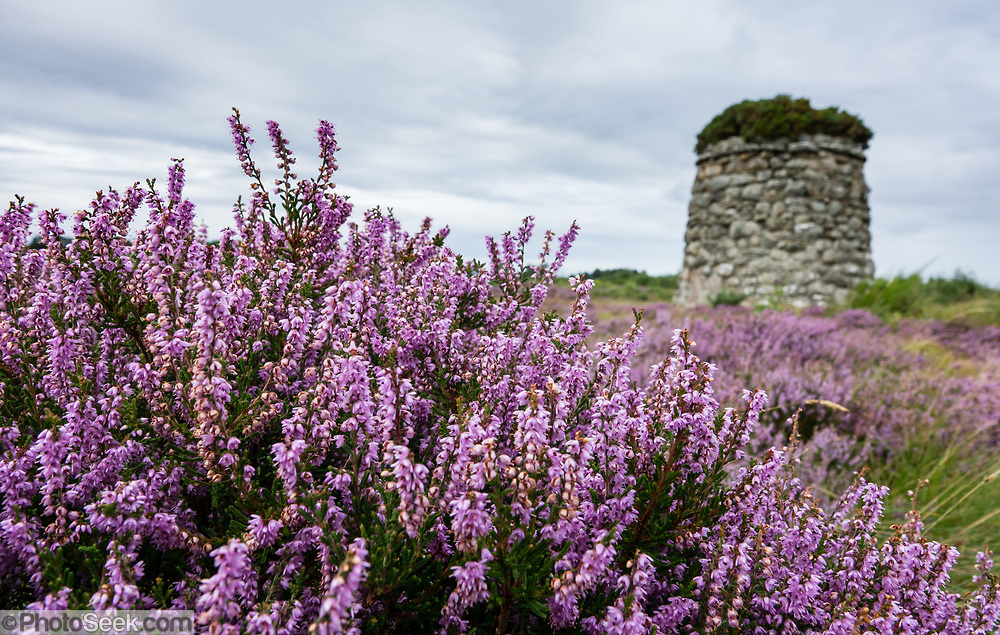