Since restoration in the early 1900s, a footbridge connects the island of Donan to the mainland. Eilean Donan Castle looks spectacular when spotlit at twilight, in Kintail National Scenic Area, Scotland, United Kingdom, Europe. This picturesque island stronghold was first built in the 1200s in the western Highlands where three sea lochs meet (Loch Duich, Loch Long, and Loch Alsh) at the village of Dornie. The island is named after Donnán of Eigg, a Celtic saint martyred in 617. The castle became a stronghold of the Clan Mackenzie and their allies Clan Macrae. In the early 1700s, the Mackenzies' involvement in the Jacobite rebellions led in 1719 to the castle's destruction by government ships. Lieutenant-Colonel John Macrae-Gilstrap's 1920-32 reconstruction of the ruins made the present buildings. 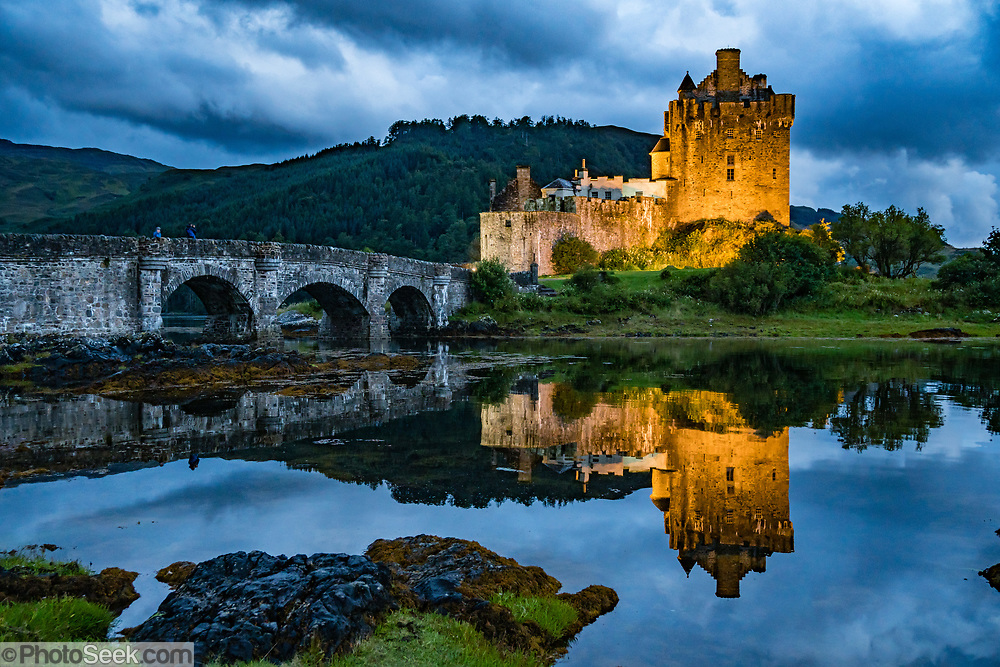