"Hunt of the Unicorn" replica tapestries in the Scottish Queen's Inner Hall in the Royal Palace at Stirling Castle, in Scotland, United Kingdom, Europe. The Royal Palace was childhood home of Mary Queen of Scots. The palace's lavish design drew on European Renaissance fashions to show off James V's power and good taste. Historic Scotland has recreated the palace interiors as they may have looked when the Scottish king's grand scheme was complete. The "Hunt of the Unicorn" tapestries in the Queen's Lodgings are replicas hand-loomed from 2001-2014, inspired from the seven original tapestries made in Brussels between 1495-1505 (now in the Cloisters museum of New York’s Metropolitan Museum of Art). Why a unicorn? In Celtic mythology the unicorn symbolized purity, innocence, masculinity and power. The proud, haughty unicorn was chosen as Scotland's national animal because it would rather die than be captured, just as Scots would fight to remain sovereign and unconquered. Once the capital of Scotland, Stirling is visually dominated by Stirling Castle. Most of Stirling Castle's main buildings date from the 1400s and 1500s, when it peaked in importance. This image was stitched from several overlapping photos. 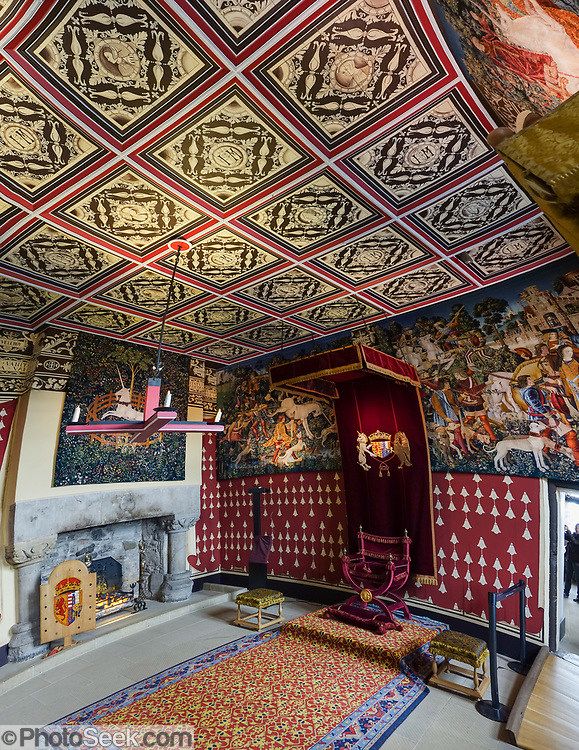