The M/S Explorer cruises in Antarctica in February 2005. Reuters News Pictures Service published this image in stories on the M/S Explorer, which sank after hitting an iceberg in 2007 and now lies sunk 600 meters deep in the Southern Ocean. Two and a half years after our successful trip, the Explorer, owned by Canadian travel company GAP Adventures, took on water after hitting ice at 12:24 AM EST on Friday November 23, 2007. 154 passengers and crew calmly climbed into lifeboats and drifted some six hours in calm waters. A Norwegian passenger boat rescued and took them to Chile's Antarctic Eduardo Frei base, where they were fed, clothed, checked by a doctor, and later flown to Punta Arenas, Chile. The ship sank hours after the passengers and crew were safely evacuated. Published in "Light Travel: Photography on the Go" by Tom Dempsey 2009, 2010. 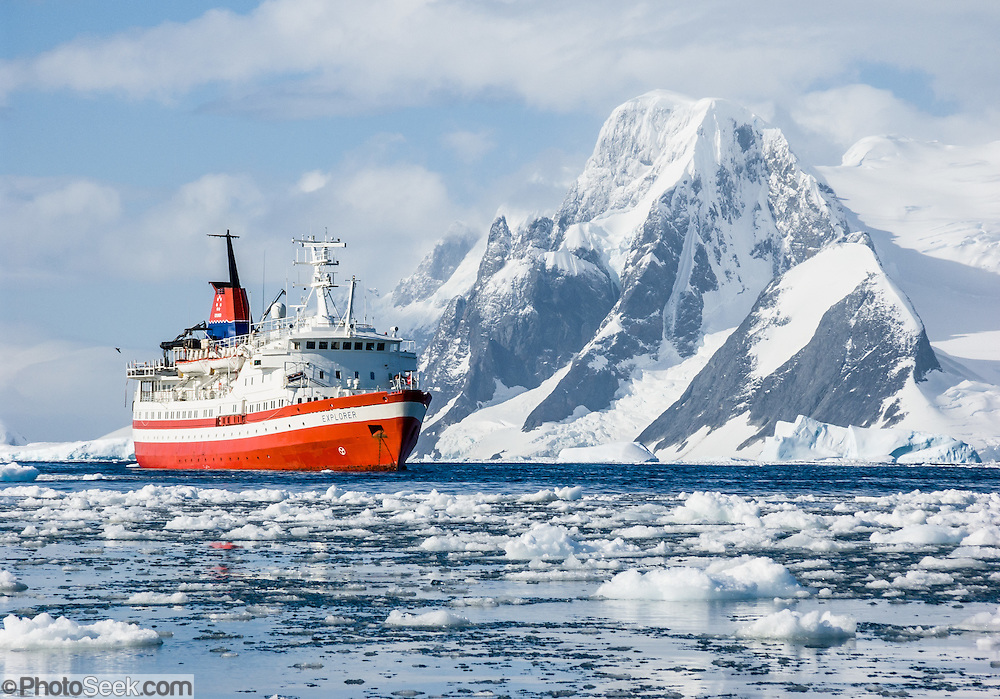