A statue of the winged Lion of St. Mark, one of two patron saints of Venice, rises on a tall granite column erected in the 1200s in Piazzetta San Marco, in Venice, Veneto, Italy, Europe. The winged Lion of St. Mark, which appeared on the flag and coat of arms of the Republic of Venice, is still featured in the red-yellow flag of the city of Venice (with six tails, one for each sestiere of the city), in its coat of arms, and in the yellow-red-blue flag of the Veneto region (which has seven tails representing its seven provinces). The winged lion also appears in the naval ensign of the Italian Republic, alongside the coat of arms of three other medieval Italian maritime republics (Genoa, Pisa and Amalfi), as well as the Golden Lion, awarded at the Venice Film Festival. Venezia is the capital of Italy’s Veneto region, named for the ancient Veneti people from the 900s BC. The romantic "City of Canals" stretches across 100+ small islands in the marshy Venetian Lagoon along the Adriatic Sea between the mouths of the Po and Piave Rivers. The Republic of Venice was a major maritime power during the Middle Ages and Renaissance, a staging area for the Crusades, and a major center of art and commerce (silk, grain and spice trade) from the 1200s to 1600s. The wealthy legacy of Venice stands today in a rich architecture combining Gothic, Byzantine, and Arab styles. 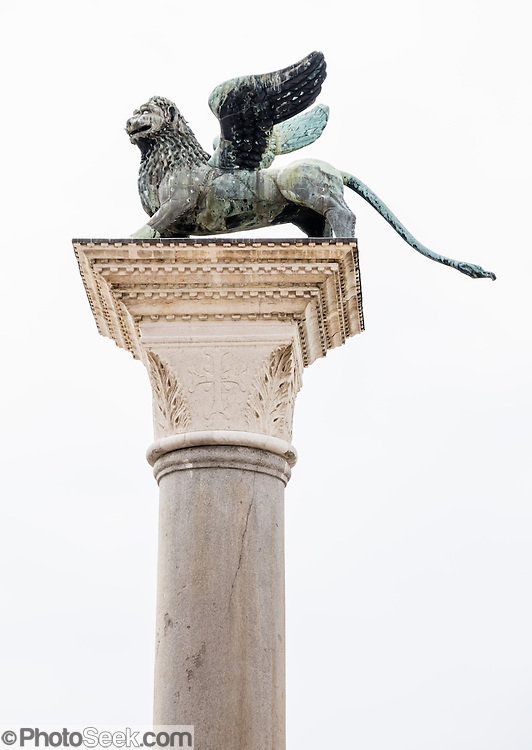