Memorial wall honoring Hachiko, the faithful dog. Shibuya Crossing, Tokyo, Japan. Hachiko (1923-1935) was a Japanese Akita dog remembered for his remarkable loyalty to his owner, Hidesaburo Ueno, for whom he continued to wait for over nine years following Ueno's death in 1925. During his lifetime, the dog was held up in Japanese culture as an example of loyalty and fidelity. Well after his death, he continues to be remembered in worldwide popular culture, with statues, movies, books, and appearances in various media. Hachiko is known in Japanese as chuken Hachiko ("faithful dog Hachiko", hachi meaning "eight" and the suffix -ko indicating affection.
Shibuya Crossing in Tokyo is the world's single busiest pedestrian crossing, about 2500 people at a time. The intersection is heavily decorated by neon advertisements and giant video screens. What makes Shibuya Crossing so busy is Hachiko Exit of Shibuya Station. Shibuya Station hosts a major hub for shinkansen (bullet trains) and the beginning and end of two subways. Shibuya Station handles about 2 million people daily, the third busiest transportation hub in Tokyo. Shibuya is one of 23 city wards in Tokyo, but often refers to just the popular shopping and entertainment area found around Shibuya Station. Shibuya is a center for youth fashion and culture, the birthplace to many of Japan's fashion and entertainment trends. The Tokyo urban area is home to over 38 million people. 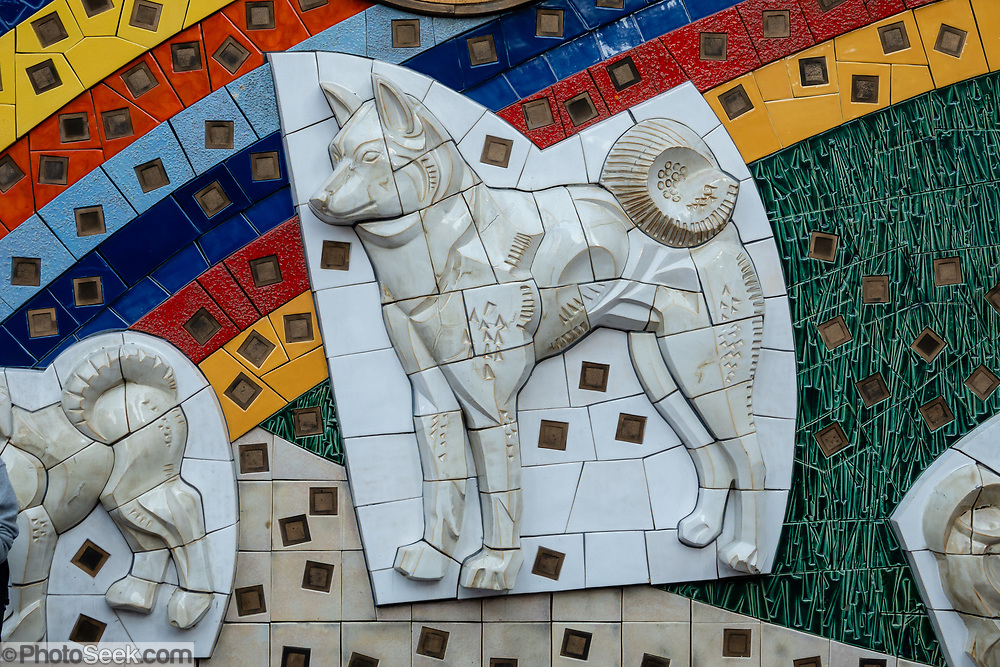