Fresh flower leis on shrine statue at 1968 Byodo-In Temple, Valley of Temples Memorial Park, Oahu, Hawaii, USA. The peaceful Byodo-In Temple is in Valley of the Temples Memorial Park, at 47-200 Kahekili Highway, Kaneohe, on the island of Oahu. The Byodo-In Temple ("Temple of Equality") was built in 1968 to commemorate the 100 year anniversary of the first Japanese immigrants to Hawaii. This Hawaii State Landmark is a non-practicing Buddhist temple which welcomes people of all faiths. The beautiful grounds at the foot of the Ko'olau Mountains include a large reflecting pond stocked with Japanese koi carp, meditation niches, and small waterfalls. Byodo-In Temple in O'ahu is a half-scale replica of the original Byodo-in Temple built in 1053 in Uji, Japan (a UNESCO World Heritage Site). 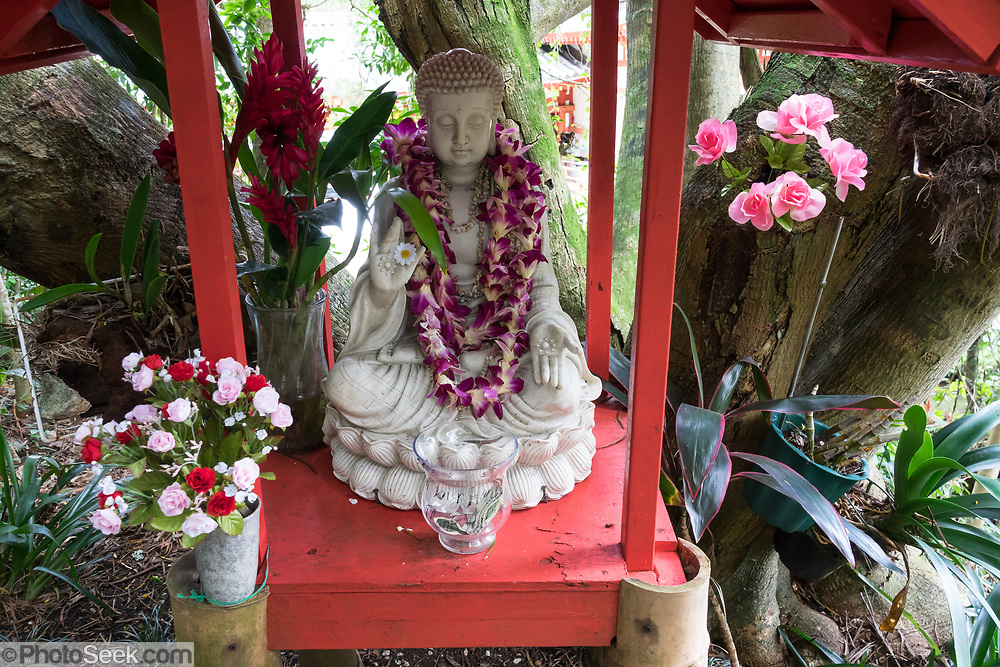